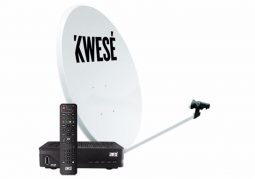 Do not be mislead by any news that says Dr Dish won the court case today or call Econet Media in order to ask about the issue as they have confirmed that it hasn’t happened.

Kwese TV is an satellite television that is distributed across Africa. It was recently brought to Zimbabwe by Econet Media after they partnered with Dr Dish, a company that was already licensed by the Broadcasting Authority of Zimbabwe.

Econet Media then partnered with this company for them to be able to broadcast Kwese TV using the broadcasting licence that Dr Dish had. The service was successfully launched in Zimbabwe and people were able to buy the service and some started enjoying the content from the provider.

Less than a day after launching, the Broadcasting Authority of Zimbabwe then announced that the licence that Kwese TV was using was no longer valid and the service was then suspended. Dr Dish fought this at the High Court and won and Kwese started showing on screens again.

This was again short lived. BAZ went to the Supreme Court to challenge the ruling of the High Court. The law dictates that when an appeal is made the previous judgement has to be suspended until the appeal case is heard and decided. Just by appealing, BAZ has managed to frustrate Kwese and Dr Dish.

Dr Dish has since filed an urgent application to the High Court for leave to execute the judgement. By filing this application, Dr Dish was looking for permission to continue distributing Kwese TV while the matter was still being resolved in the Supreme Court.

The matter is still in the courts and there has been no ruling that has been issued yet.