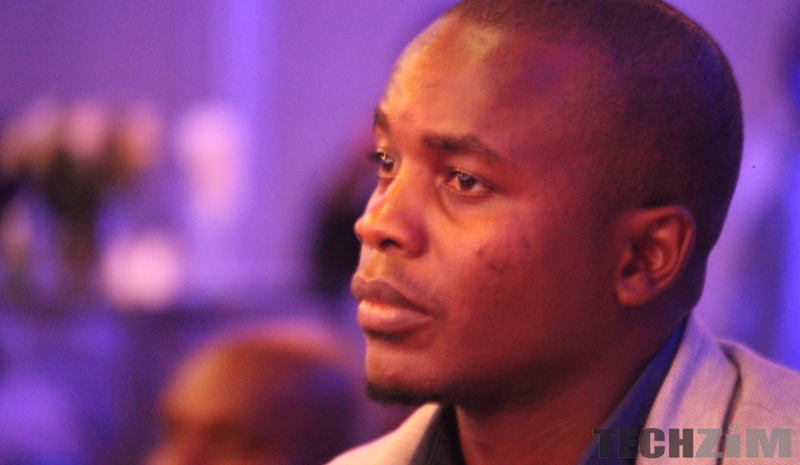 Of late, there’s been a lot of talk on ‘corporates stealing ideas’ mainly being sparked by the latest story on how Econet is being sued for more than $870k for allegedly stealing a local business man’s idea. Truth is, the talk has always been there, but it’s been quite difficult to sift claims from facts. Nonetheless, this article should be able to give you an idea of how to then legally protect your idea.

Let’s define Intellectual Property (IP) a bit before we start shall we? IP refers to creations of the mind: inventions; literary and artistic works; and symbols, names and images used in commerce (literally lifted off Wikipedia….and since I’m going to be doing a lot of this, I might as well form an abbreviation for it for this article. Let’s call it LLW).

Before I start, let me just put this out there

Regardless of the above stated I still think it’s worth the try. In fact, there’s still things you can do to reduce the impacts of these. The first thing would be research! And by research I don’t just mean use hearsay to make conclusive decisions, go on the ground and find out. In Zimbabwe you can go to the Zimbabwe Intellectual Property Office (ZIPO) or to African Regional Intellectual Property Organization (ARIPO), they are willing to give you information at no cost at all.

The second thing is when you finally decide to push your idea, you should look at the cost of protecting it as an investment. Because indeed it is. Do not make it an option especially if you know that it’s quite unique and you’d need to do a lot of pitching for it to come to fruition. In fact, when doing your business accounts and all, it would be advisable to factor it in as part of the capital.

Lastly, you cannot not do something simply because it’s long and tedious! Unless of course you just think it’s not worth it…

Now on to how to protect your idea.

I will mainly speak for ZIPO because that’s where I managed to go (Century House Cnr Angwa and Nelson Mandela, Harare). Here goes…

Defined as the exclusive and assignable legal right, given to the originator for a fixed number of years, to print, publish, perform, film, or record literary, artistic, or musical material (LLW).

Copyrights are often automatic (in a perfect world). They become valid as soon as you mention whose property it is on that property, you can check it out on textbooks or music CDs etc. Since these are automatic, there is no cost attached to one leaving their copy of the idea at ZIPO since that on its own is admissible in court if need be. However here’s the catch; what ZIPO protects is the expression of the idea and not the idea in itself because remember, there is nothing new under the sun.

Defined as a formula, practice, process, design, instrument, pattern, commercial method, or compilation of information not generally known or reasonably ascertainable by others by which a business can obtain an economic advantage over competitors or customers (LLW).

These are also automatic hence free too. What you’d need to be aware of, is to sign Non-Disclosure Agreements (NDA) which will bind whoever comes across it or has to use it from disclosing it to other parties. More like what Mr Krabs made SpongeBob and Squidward et al sign before employing them at the Krusty Krab (not that I’ve watched it on any episode, but I’d say it’s implied) or maybe you have no appreciation of such so let me use the Coca-Cola example. Coca-Cola uses some secret ingredient(s) which they have managed to keep a ‘secret’ for decades maybe just not from Pepsi but you get the idea. In fact this doesn’t mean that no one knows it (obviously), but no other party is at liberty to use it because they are legally bound from doing so.

A patent defined as a set of exclusive rights granted by a sovereign state to an inventor or assignee for a limited period of time in exchange for detailed public disclosure of an invention. An invention is a solution to a specific technological problem and is a product or a process (LLW).

Well, this one is not free at all. It also comes in two forms based on the period in which it’s valid. Let’s start with the Provisional patent which costs US$80. The provisional patent is mostly for those who plan to exhibit their idea at a show or exhibition forum. It is valid for 6 months, so if you apply for this one make sure within the 6 months you would have made tangible progress since the protection expires soon after.

The second patenting plan is valid for 20 years. It will last 4 – 6 months (on paper) to acquire. Fees are:

The Application is the initial process in which you thoroughly describe your idea and express its uniqueness. It will take about 4 months to verify to and fro (these variables are more specific to idea). Advert fees are for your idea to be advertised in order to verify uniqueness and lasts 3 or so months. And lastly, the certificate stage is where you get the idea certified as yours.

Industrial design is a process of design applied to products that are to be manufactured through techniques of mass production (LLW). According to World Intellectual Property Organisation (WIPO) an industrial design constitutes of the ornamental or aesthetic aspect of an article, legally speaking that is.

By the way, I left one more item on the things that I just put out there.

Yes, that was intentional. I felt like that could potentially demotivate someone from then acquiring the information. So say you have protected your idea but it still gets stolen, the process of ‘getting it back’ is not as easy as getting it back. There are some legal processes to be followed. This processing can potentially take forever and be very costly. Unfortunately, Legal Aid Directorate (free lawyers) does not represent people on commercial cases therefore you need to be prepared to folk out money. It doesn’t help then that some corporates have the best of lawyers so to increase your chances of winning, you’d need to be prepared to fork out a good chunk of dollars. But then again, not all companies are resilient enough to go though bad publicity and still ‘live’ so they’d just rather not entangle themselves in such.

So after all has been said and done, is this world suited for the ‘less affording’ startups or individuals? No. it certainly isn’t. But shall we sit, assume the worst and not try at all?? I would again say NO!

6 thoughts on “How do I protect my idea in Zimbabwe???”