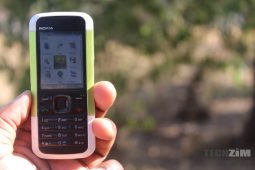 WhatsApp for Nokia has extended support for some devices running older operating systems while other devices were no longer supported by the chat application. Nokia devices running the Nokia Symbian S40 devices will be able to run WhatsApp until 31 December 2018.

WhatsApp for Nokia is still supported for these phones

If your phone is on the list below or runs Nokia Symbian S40, you are still able to run WhatsApp for Nokia. However, the chat application is no longer available for download on the WhatsApp website but there are some websites that still have the application for you to download. We strongly discourage you to download from these unofficial sources as they may not be safe, so do it at your own risk.

WhatsApp for Nokia is not supported for these phones

If your phone is in the list below or runs Nokia Symbian S60, then you will not be able to run WhatsApp for Nokia as support as ended for these devices. Some features may stop working if you still have the application or it may no longer work at all if it hasn’t stopped.

Nokia recently got back into the smartphone business after the acquisition of their brand by Microsoft ended. The brand is now being used by HMD Global, a Finnish company that is now developing and marketing smartphones and feature phones under the Nokia brand name.