When confronted about the rampant ‘illegal’ cash sales in Zimbabwe, this is what the minister had to say… 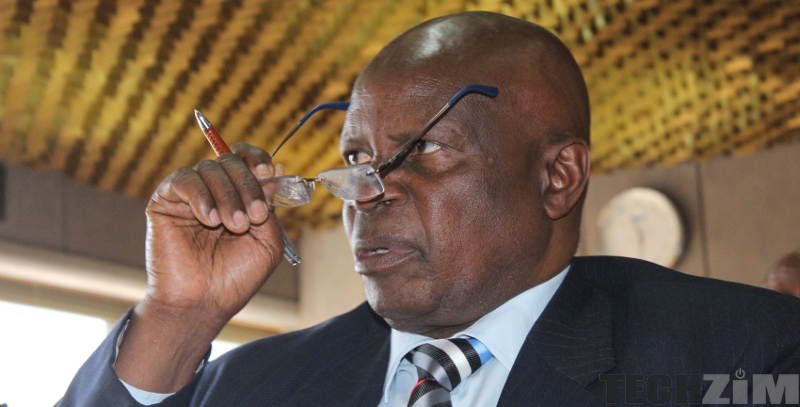 I don’t know what it is about being lazy, but it seems that 100% of the time students would choose to press the ‘confused button’ to their lecturers more than the former. And sadly, I just realised that this isn’t just a student thing but it’s sooo widespread, even all the way to government ministers.

Yesterday the honourable Minister of Finance and Economic Development Patrick Chinamasa when asked for comments over the ‘illegal’ sale of cash in Zimbabwe aka cash black markets he said “…..I am not saying cash is not being sold, but I do not know about it because I would not be there when people sell it.” Wait, what does that even mean??? I mean coming from the Minister of Finance and Economic Development, how is it even possible not to know what’s on the ground? It’s all over the place and on the news, Techzim included,

Problem is, on the surface it almost always (if not always) seems like the smarter choice to look confused more than lazy. Well, guess the assumption is: confused can draw a bit of sympathy while lazy instantly infuriates the other party. But guess what, confused is way worse! Confused translates to incompetence, negligence and most importantly laziness, yes back to laziness – and that is much more infuriating. It even gets worse with as we scale up the level of responsibility; with students well, it’s just the student’s life and maybe some family members but not so much with somebody who is responsible for the finances of millions of people.

And also, what’s getting to us is not just the level of responsibility in terms of numbers, but also the subject in question, money! Money as we know is a very, very, very sensitive topic. It’s no secret that Zimbabweans are not having it easy because of these bond notes and cash crisis.  It gets even worse when in the midst of all this all we hear is the first family living the life; the Rolls Royce, the New York visit, the daily allowances what what which I’m not going to get into right now.

Nonetheless, just in case you’re amongst those that have no idea of what’s on the ground in Zimbabwe, I’ll give you the rates as of today… which are subject to change of course:

However, though the promise was to ‘take time to look into the issue’ don’t expect any government intervention just as yet since according to Minister Chinamasa, there is no law against such.