Banks To Stop Cash Withdrawals? Why This Is A Race To The Bottom… 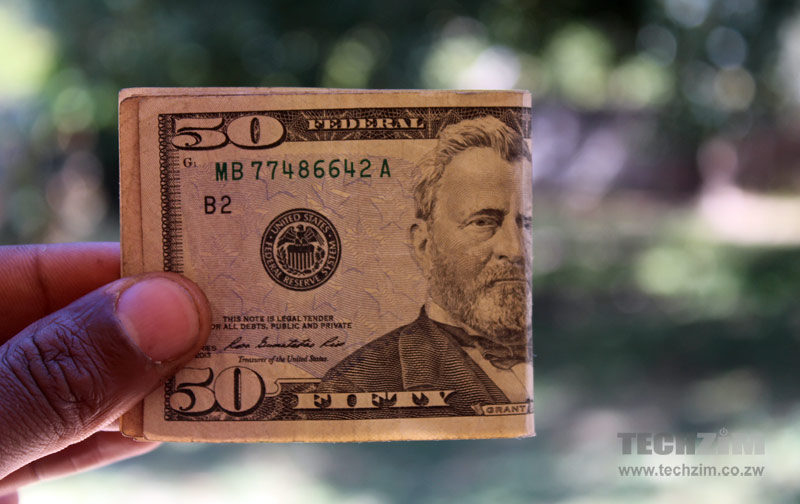 Just picked myself up from the floor when I read this article on a Zimbabwean daily print newspaper that states that Zimbabwean banks have resolved not to issue cash to non-exporting customers.

So the Head of the Bankers Association of Zimbabwe came out and said this at a recent event (emphasis mine):

Whatever they’re smoking, I think there should be laws against that.

I know this is some heart-wrenching news for those who have been buying diamond rings, Rolls Royce cars and mansions in South Africa as well. Sorry, now (you might) start to feel what it feels like being Zimbabwean.

I won’t go down the “but what happened to all our US dollars that we deposited” road, instead, I’d rather put it out clearly why this move by the banks could make us “fast-forward to 2008” quicker than we’d hoped.

In essence, this is a noble idea.

Everybody using their mobile money or bank card to swipe as payment has its advantages. There’s better security when your money is digitally stored, if anyone robs you (ok, forget what the banks have done) you’ll still have access to your funds in your account.

There’s also the benefit of a paper trail. Knowing where your money has gone out to makes it easier for you to watch your budget and subsequently curb any outward behaviour.

However, this is where the train comes off the rails: so long as there is no cash circulating, everybody will be swiping and ‘ecocashing‘ thus trading in ‘RTGS/transfer’ money. So, we’ll all go to TN Pick and Play (a  hypothetical grocery store) and swipe, no-one will pay in cash (as the banks are not issuing any to ‘non-exporters’).

As almost every local business imports something from out of the country, the appetite for hard currency is huge. The little hard currency that will be left circulating will quickly be swallowed by those who import (Zimbabwe is largely a consumer market and imports over $3.6 billion dollars worth of products/services annually) and very little will reach the banking system.

So what we’ll now have is just the money (real US dollars) that is being generated from the goods we export.

The idea is that this money will go back into businesses that are exporting, recapitalise them and enable them to produce goods/services that can be exported.

Until we bring an untrustworthy Government into the equation, that itself has a serious hunger for forex, more so in an election period. Speaking to Reuters, economist John Robinson stated: “This government has a track record of spending beyond its means and in an election year we will see a much, much bigger deficit.” Should their spending increase then it’s likely that they too will be eating into the limited forex available.

And what does TN Pick and Play do?

They’ll approach their bank and request for forex to pay their suppliers in South Africa (did I mention that we import a lot as a nation?). The bank will tell them that they’re no exporters and so won’t be able to issue them with funds.

TN Pick and Play then will take it up with the Reserve Bank of Zimbabwe, stating that they fall within the ‘priority list‘ and believe that they should be given funds. Sadly, with empty vaults themselves, RBZ will turn them join the que and ‘once something comes in’ they’ll release funds.

Sadly nothing will come in.

As TN Pick and Play are closely watched, they won’t be able to source forex on the black market to purchase goods. If they do decide to opt for this route the cost of the forex will be so high that their prices will become ‘uneconomical’ and resultantly Government will step in and be all pro-people and call for prices to be reduced.

TN Pick and Play will then stop restocking and things will disappear from the shelves (stocks won’t be getting replaced). Did we watch this movie before?

As can be seen, from a ‘simple’ we won’t be issuing cash to individuals and non-exporters, the banks are seemingly playing a part in taking us down the 2008 road again.

They’ve said it themselves.