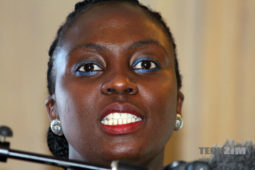 Earlier this year Techzim attended the launch of the partnership between EcoCash and ZINARA. The partnership enabled Ecocash users to pay for their toll gate fees using their mobile money account, a service that proves to be invaluable in an economy that is currently facing a cash crisis.

At the said event, Nathalie Jabangwe-Morris, EcoCash Zimbabwe General Manager, released some figures to those in attendance and we were rather impressed by it.

In a nutshell, she stated:

This event was on 22 June 2017, just 8 days before the end of the month. You see at the end of June mobile networks were required to submit their figures to the regulator, POTRAZ, in order for them to compile the Second Quarter Sector Performance Report.

The figures are self-submitted by the networks and the regulator, which is giving out a published document does some kind of an audit to verify these figures. Essentially, figures that are contained in the report are highly likely to be true, as there are checks that take place in order to authenticate them.

Now to the interesting bit.

In the recently released POTRAZ Second Quarter Sector Performance Report figures for EcoCash that are relevant to the above were as follows:

These are healthy numbers and speak to the dominance of EcoCash in the market, a position that competitors would need to be aggressive in dislodging them and one that Government may want to be concerned with the “monopoly”.

However, as can be seen, the figures are not tallying with figures that EcoCash openly throws out at their events, by huge numbers!

A quick glance at their announced subscribers’ figures of 6.7 million is clearly them opting to highlight registered subscribers and not the important ‘active subscribers’. I can only suspect that they may have taken the same route when highlighting their agent network numbers. Surely there are no making mistakes to such magnitudes.

Could this be them trying to mislead the public to the health of the service? But why do that when you already have strong numbers?

One signal at least that I got out of it was to take numbers that are issued out by operators with a pinch of salt at their events, as clearly they are nowhere close to what’s on the ground. We reached out to Econet to shed light on these figures, however, no response was given by the time of publishing. We’ll update if they give an official response. [UPDATE: EcoCash have tabled a response to the figures about]

21 thoughts on “Did EcoCash Lie About Subscriber Numbers? But Why?”