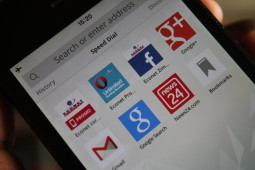 Not so long ago, Opera’s ultra-lightweight browser, Opera Mini, used to be the top mobile browser in Africa. Not anymore. The company has lost that top spot to Google’s Chrome.

According to renowned global analytics company, StatCounter, in September 2016 Opera Mini had 57% market share in Africa and Google Chrome had just 18%.

Now, a year later, Opera Mini’s September 2017 market share has shrunk to 32% and Google Chrome has grown to take the top spot at 37%.

The reason really is that Opera Mini was great in a world where feature phones were the most used phones to connect to the internet.

But as more Africans have migrated to smartphones, and these are becoming cheaper to buy, Google Chrome has become the default browser on mobile phones. It’s not just that it’s the default, Chrome also eventually got data saving features, making it just as good and even better in some cases. While Opera Mini has remained good, it’s not superior anymore. The competition has become good enough, and whichever app is installed by default wins.

It’s easy to think that Opera’s market share loss was inevitable as Android smartphones replaced feature phones. But the case of another feature-phone browser, UC Web, shows this may not be the case at all. While it hasn’t gained by much, UC Browser has been growing its market share – from 6% in September 2016 to 12% the same month a year later. But again this is a case of being the default. UC Browser comes installed on a lot of low-cost Chinese distributed smartphones which are popular in Africa.

For business targeting mobile web users, Opera’s shrinking market share is not bad news. Some may even be glad it’s finally happening. While Opera Mini is a great browser, it achieves its ultra-performance by stripping out a lot of the functionality that makes web pages useful today.

It’s worth noting that Opera Mini’s dominance was really an African thing. In Asia for example, Google Chrome has been the market leader in mobile browsers for a while now. In fact, Google Chrome has led worldwide for a long time.