ZEC announced that the blitz registration process begins tomorrow, the 10th of October and will be in four phases. The 15 page list in the Herald listed all the registration stations for phases 1 to 4. There has to be a better way to find the station closest to you, one would think. Step in Zim BVR Centres.

Developers, Age-X Development heard the call and accepted the challenge. The result is the Android app Zim BVR Centres. The app size is quite small and there is no reason why you would not download it.

The app lets you scroll through all the constituencies and when you find yours and tap on it you are shown all the registration centres in that constituency. You will be able to tell easily which centres are open during which phases. 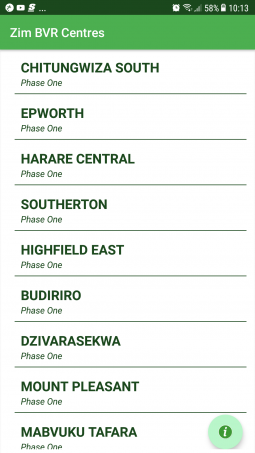 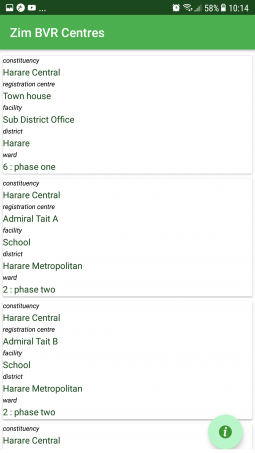 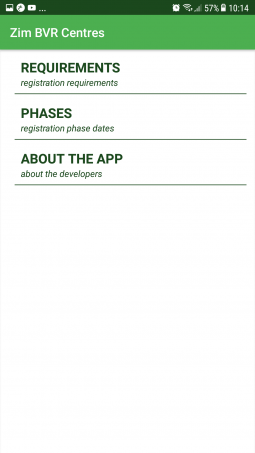 The app was launched quickly to provide a service to the nation and so some features are missing. There is no search feature where you can just type in your constituency and be taken there instead of scrolling through the whole list. The developers assured Techzim that they are working on bringing that feature hastily, they just had some technical difficulties. Expect that feature shortly is what they said.

The developers also said they are working on a web version as well. That too will be ready in the near future.

You can download the app on the Play Store here.

There is also another app in development trying to solve the same problem. The app is called VoteZw. It is still bare bones but we will update you as soon as it is ready for prime time.

6 thoughts on “[UPDATE: Search is now live] Want to register to vote? Finding a registration station has just been made easier”