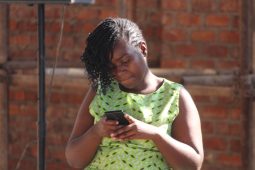 The Presidential spokesperson Mr George Charamba spoke on behalf of the president in a bid to clarify what the role of the new Cyber Security, Threat Detection and Mitigation ministry was all about. Quite disappointing if you ask me.

When the cabinet was reshuffled on Monday and we saw the new ministry and naturally people were curious to know what the ministry, being headed by outgoing Finance minister Patrick Chinamasa was going to be responsible for. Mr Charamba felt it necessary to assure us that contrary to popular belief, the new appointment was not a demotion for Hon Chinamasa since the state sees a lot of value in Cyber Security.

According to Mr Charamba, the new ministry is a protective ministry which is meant to protect the nation from cyber threats posed by the abuse of social media. By social media they mean WhatsApp mostly. So it turns out all the memes and jokes were right, Chinamasa is now the national WhatsApp admin.

Charamba referenced to the panic buying incident were a few messages on WhatsApp were enough to cause havoc in the nation. He said the president is convinced that those messages were sent out by political enemies seeking to destabilise the country. It was with that episode in mind that the new ministry was created. The government is now fully aware of the power of social media, especially WhatsApp.

President Mugabe said as the new ministry is still finding its feet, they are looking at countries they believe have dealt with cyber threats effectively. He mentioned China as one of those countries. If you recall, last month China banned the use of WhatsApp in the Asian country. So when the president says those countries have dealt with cyber threats well, we know what that means.

So with that in mind, maybe Hon Chinamasa won’t actually have a job since cyber security has been reduced to ‘WhatsApp security’ and if we follow China’s footsteps, there won’t be a WhatsApp to administrate.