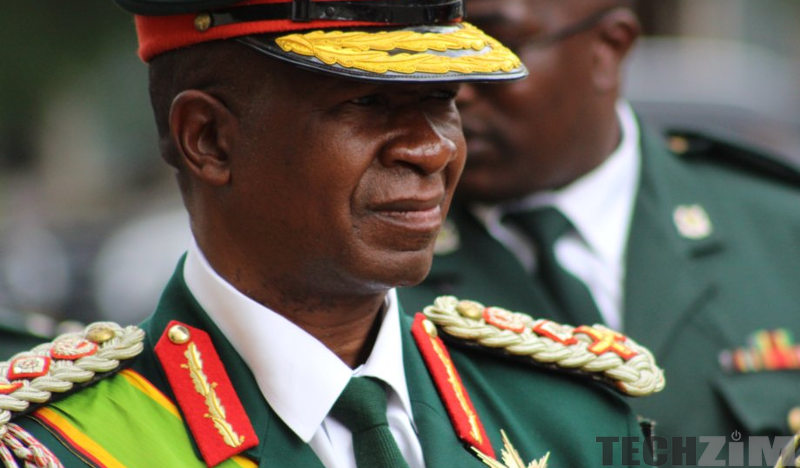 Speaking at the inaugural Culture Day celebrations, Zimbabwe National Army (ZNA) Commander Lieutenant-General Philip Valerio Sibanda spoke on how we can preserve our culture as Zimbabweans. He also touched on the impact social media has had in Africa.

At this point you’re probably thinking, Culture Day? Yes, apparently the annual Culture Week around May is not enough.

Before we actually look at what he said it is important that we first figure out who Lt-Gen Sibanda was addressing first. He was speaking to over a thousand ZNA recruits at Imbizo Barracks in Bulawayo who hosted the Culture Day although other people were in attendance. The theme was, ‘Instilling patriotism through culture.’

Now that there is context let’s look at what he said,

The contemporary trends in which social media has become a dominant phenomenon is posing a threat of loss of identity for people in the developing world.

Cultures of powerful nations have been marketed through Western-owned media platforms while the people from Third World countries become inevitable consumers of these marketed products. Consequently, Africans have to some extent become carbon copies of our erstwhile former colonisers.

Do we agree with him?

Let’s be honest, it is hard to argue with his reasoning here. Do we not all follow global superstars who have their own way of seeing the world which they are more than happy to share. It would be naive to think that we merely consume the content but are not transformed by it.

If you are bombarded by an idea enough times you start to come around so to say. Is that not why we criticised ZBC TV? We called the national broadcaster a propaganda machine, didn’t we? Why did that bother us when people can just ignore it as propaganda? Is it not because we know that if spewed out enough times people will warm up to the idea and some will actually believe the narrative?

But that’s the price we pay for the world becoming one village. We will be exposed to different thinking, beliefs and cultures. We have benefited a lot from what we have learnt from those other cultures and we have also eroded our own belief system to accommodate foreign cultures.

What is culture really?

So it is true that our identity as a people is changing but can we go as far as to say we are losing our identity? I don’t know. Culture is dynamic not static. Usually when Zimbabweans talk about culture they think animal skins and holding on to every little custom we observed in the past.

Culture refers to the ideas, customs, and social behaviour of a particular people or society. Over the years a functional society has to tweak its belief systems. Not because a new thinking is imposed on them but because they evaluate the new thinking comparing it to their own thinking and choose the superior stance. Superior as assessed by that society.

We get to it. Lt-Gen Sibanda gave the example of homosexuality as one of those once taboo practices that have taken a foothold in Africa. On how this happened he said,

Such practices are brought into our communities in the name of civilisation, which is a shame to our people.

It is true that legalising homosexuality is marketed as the humane and civilised option by the West. The question then becomes, what is the true meaning of democracy? Is it not the power of the masses?

So what if a certain society has its own way of thinking which another society sees as barbaric, what happens then? Who gets to decide which society is right? What if it’s 10 societies against one, does that mean the one should be compelled to accept the others’ way?

Zimbabwe’s constitution, which represents the people’s voice does not allow for the leagalising of homosexuality. So the majority of Zimbabweans do not want that within these borders. Are we barbaric because of this? Depends who you ask but the fact remains that’s what the people want.

Social media’s role in all this

So Lt-Gen Sibanda did not say social media causes homosexuality. He said social media is an effective tool to introduce people to new and different thinking. On social media one does not think they are there to be preached to and so have their guard down. Whilst they think it’s all entertainment they are bombarded with new ideas.

Just ask the Americans on how social media can be used to influence the thinking of the people and they will point you towards Russia.

So can we say social media poses a threat to African culture as Lt-Gen Sibanda put it. Yes, but that’s not necessarily a bad thing. Culture is dynamic. We should be exposed to alternative thinking and if we deem it fit, adjust our own beliefs.