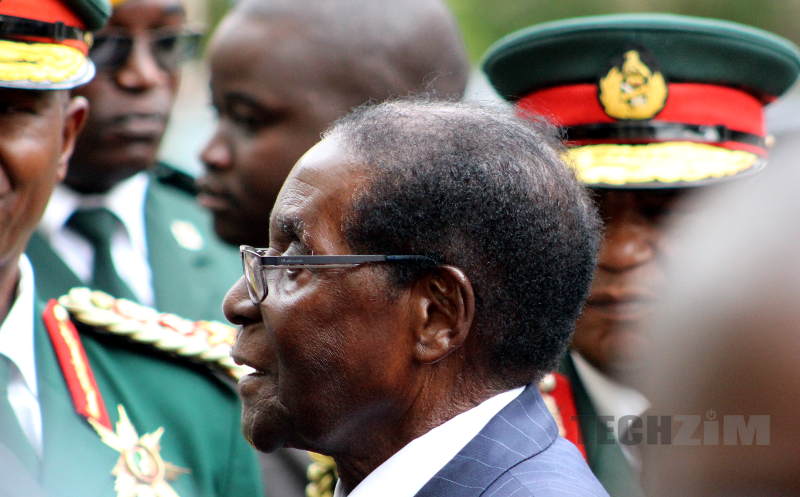 The president of Zimbabwe, Robert Mugabe, spoke on why his government created a ministry to monitor social media.

At an event where he opened a Community Information Center (essentially a place where residents of a community can access computers and the internet), the president said that the ministry was about defending the country against people using the internet to fight the government.

Without mentioning which countries his government is emulating (but probably referring to China), Mugabe said that other nations were at “an advanced stage in controlling social media”. The choice of words betrays that it may not just be about monitoring social media but actually controlling it.

“We have set up the Cyber Security Ministry to build our own cyber systems to defend ourselves from cybercrime. We are aware that there are some people who use the internet to fight us and implement what they say is regime change.

This is not a first, actually some nations are at an advanced stage in controlling this social media, which is why we thought that Minister Chinamasa as a lawyer can help in controlling our cyber space.

“Truth is we can use these computers for many things to promote development. But some people are using these computers to cause disharmony. There are a number of countries which went this route all because of abuse of the cyber space. We don’t want to emulate this.”

The government introduced a new ministry of Cybersecurity, Threat Detection, and Mitigation last month and Mugabe appointed former finance minister, Patrick Chinamasa to head the ministry. While initially, our optimistic look on things was that was that this was an all-encompassing cybersecurity ministry for, eventually, the government made it in so many words that is about fighting political activists on social media.