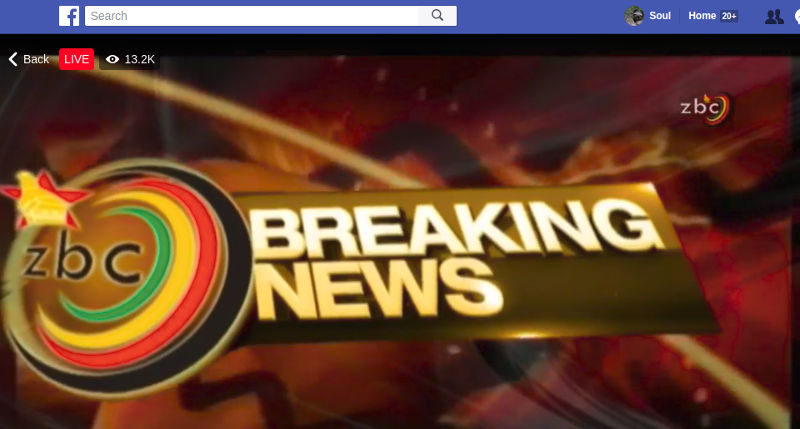 This is probably the largest Facebook Livestream audience anyone in Zimbabwe has ever achieved. Just a few minutes after going live today, the state broadcaster, ZBC,  had more than 12,000 live viewers on Facebook.

The reason? Zimbabweans are awaiting an announcement from the President of the country, Robert Mugabe, who is expected to either resign or give a similarly impactful statement tonight.

The number jumped to more than 20,000 soon after the announcement began and about 33,000 several minutes later. The final count we got was 36,500. At the end of the broadcast, the video had received more than a quarter of a million views.

Zimbabwe’s president has been under house arrest since last week Wednesday when the military effectively took control of the country. Earlier today, the Zanu-PF political party, which he is President of, resolved to remove him as president of their party.

ZBC has been broadcasting it’s content live on Facebook since August this year. The live audience of such broadcasts is usually in the hundreds and rarely reaches 1,000.

The only other Zimbabwean media outfit that has registered huge live viewer numbers we know of is Ruvheneko, who, depending on the topic of the day, reaches more than 5,000 live viewers. Other large audiences have also been registered by socialites like Olinda, who in many ways, made FB livestreaming a thing locally.

If you didn’t watch the livestream, you can do so below: