Handei ku March (Let’s go to the March) was the second most frequently occurring phrase in my inbox after ‘Good morning’; what a buzz it was! And yes within moments my WhatsApp had just turned into a barrage of photos, videos and status updates of the march of the year.

In such a typical urban society…the 2017 urban culture, this whole spectacle is covered by smartphones and personally, as a gadget enthusiast its a good pass time critiquing the technology behind every photo and video as best as I can… In my head that is.

Also, you get to see a lot…wait, I get to see a lot, I mean some people actually realize that their phones can record videos at 60 frames per second (really smooth video), while some are good at keeping things steady with some assistance from their smartphone’s hardware and others? Well, others just find the coolest darn angles that donate a million words to that picture or make the video EPIC. 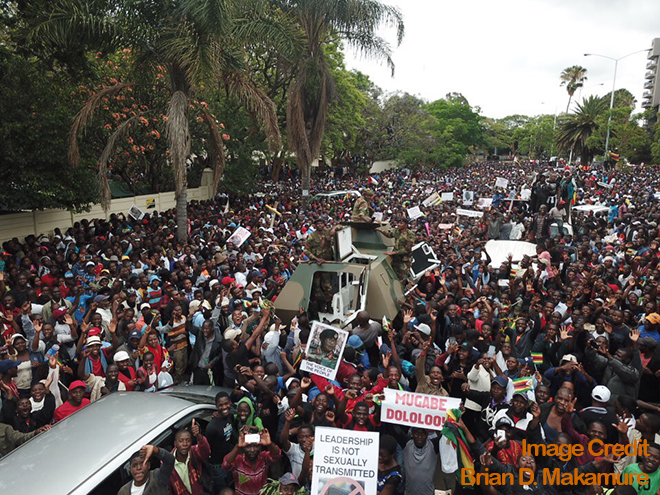 In fact, perspective is a really an interesting thing. On the ground everything looks a certain way, its standard and because the surface of the earth never wants us to easily leave its clutches, this ground level perspective is in most cases all we have to work with.

Anyway, while swiping through these videos I bumped into a video that was shot from a different perspective. An aerial one. It’s only then that I had an OH-MY-GOSH moment. What was it you may ask? 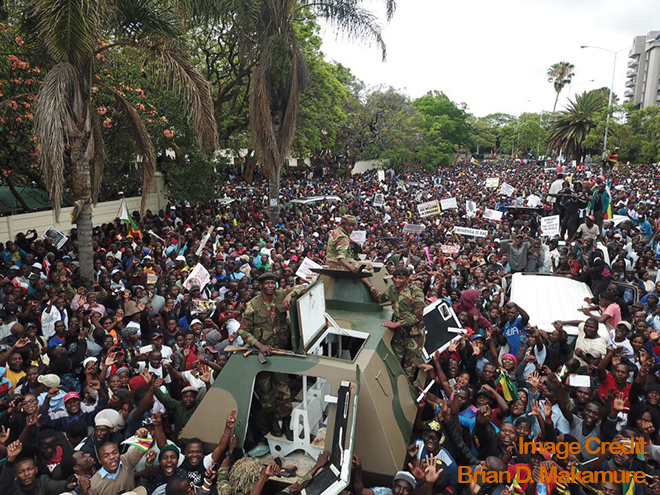 I mean from the ground level shots, it looked like there are just a few more people than usual in the streets of Harare. Shifting to the aerial view it was like a swarm partnered with a herd in cahoots and a mob. It really made the most insane gathering of human beings I had ever seen. I mean it was just an actual sea of brown, white, green, red, yellow, black pixels (people of all races and colors of our national flag) it was surreal! 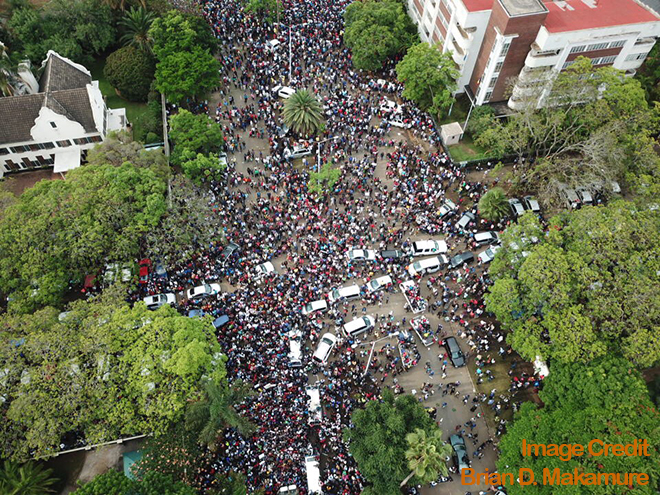 Overhead shots are grander, they tell the same story from a totally fresh point of view, I know I’m recycling this word but they make the event more E.P.I.C (Extra Possibly Insanely COOL)….Totally made that acronym up but you get me right??? 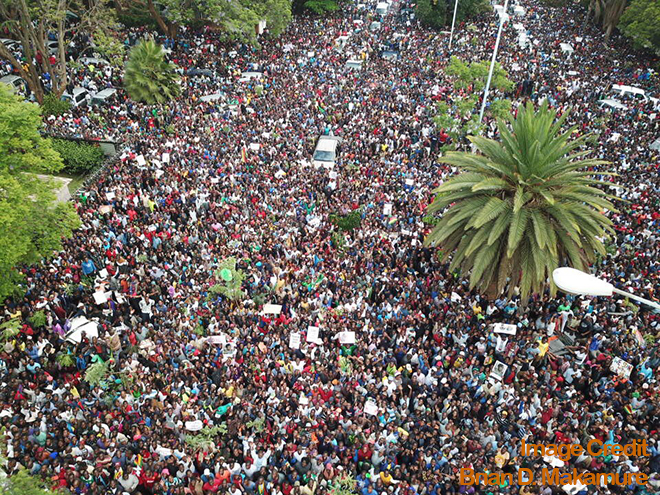 Now to those not too familiar with drones these things are amazing! Some of you might just be familiar with their use in some stunning aerial photography and videography and/or in military reconnaissance but guess what? That’s not all.

You get some drones for mapping purposes sort of the ones you see in atlas books if you are of my era.

Also they are used as first responders at an accident scene capturing footage that emergency services can utilize to grab relevant resources or to even deliver crucial medicine and bandages if the actual ambulance is stuck in traffic or facing delays.

Thrill seekers such ass extreme sports enthusiasts were confined to action cams such a GoPros to record their footage. Again these only took a look at one direction missing a whole lot of action happening everywhere else.

Now these drones can follow you from a distance and give the full picture of what is going on and even shift angles at will. AMAZING!  Yes other guys with a slightly more vocal wallet could afford a helicopter but how many are those?

Then you have the blockbuster movies we enjoy so much. Im sure they totally welcome the drone with open arms because hiring a chopper, pilot and getting those airborne for a shoot really wasn’t doing well on their budgets. Its a welcome relief these drones.

Some pretty serious roles that these drones are doing, but the biggest one of them all is perspective. The different perspective they offer comes with heaps and heaps of possibilities. I want, need and have to have one. Would you see yourself investing in a drone the way you would in a smartphone? Let’s chat in the comments