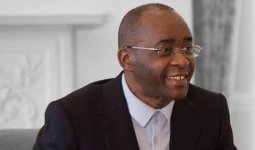 We recently learnt that Econet Global is looking to list on the London Stock Exchange with an $8 billion valuation.

It comes as a bit of a surprise really, not because it doesn’t make business sense, because it does. It is surprising because of the comments Strive Masiyiwa made about listing in the past.

Back in 2015 the Econet group faced with repeated multi billion dollar offers for Liquid Telecom decided they were going to pursue a separate listing of Liquid Telecom on a European Stock Exchange in 2016. That listing did not come to fruition.

However when the group was considering that separate listing of Liquid, Strive Masiyiwa, the group chairman made it clear that he preferred the listing of subsidiary companies rather than that of his privately owned Econet Global.

Okay, this may all be confusing. Let us look at Econet Global’s structure to clear some of it up. Econet Global is a Telecom, Media and Technology (TMT) company. It is the telecoms operations that we are all familiar with as that’s where it all started, Econet Wireless and Liquid fall under this category.

The media category has Kwese (Econet Media) as a subsidiary and the Technology bit counts companies like Cumii and EcoCash (fintech.)

What Econet is considering now is the listing of Econet Global, the holding company of all that is Econet, all the TMT companies. The same Econet Global that Masiyiwa said he would prefer not to list. Why?

When the group considered the separate listing of Liquid they appointed advisors for the potential listing. We do not know what those advisors recommended but seeing as Liquid was not listed separately but instead the holding company, Econet Global, is the one set to be listed we can make a few conclusions/assumptions.

It could be that there wasn’t that much appetite for separate subsidiaries in Europe and it would defeat the purpose of listing to go with the subsidiary listing. The main purpose of listing is access to capital after all. By listing Econet Global they would be able to raise more capital.

The group has a great need for additional capital as they look to expand even further across Africa. The main reason they considered listing Liquid was to obtain capital to fund Liquid’s expansion into West Africa. The group is also looking at other companies to acquire to achieve the goal of being one of the biggest TMT companies in the world.

So with the greater need for capital in mind, it appears Strive Masiyiwa decided it was time the closely held Econet Global was listed. This marks a great change in tactics.

Will he lose control of his company when Econet Global is listed? No. The group will seek to raise $1 billion initially against a valuation of $8 billion. There also are various ways to retain control, some of which are being used at EWZ, the issuance of super voting shares being an example.

What is given though is that if the listing is to happen at that $8 billion valuation Masiyiwa would officially become a multi billionaire. Personally I think $8 billion is peanuts for a company of Econet’s complexity and size. Just consider that Snap Inc (Snapchat) has a market capitalisation of over $15 billion and maybe you’ll agree with me.

The great thing about the listing is that Econet Global will be required to publish its accounts and adhere to strict regulations and so we will be able to get a clearer picture of how the Econet group is performing.

As it is they are not required to publish their annual financial statements as they are a privately owned entity. What we have been getting to see are Econet Wireless Zimbabwe’s results because it is listed but not how the whole group is performing.

We do hope Econet gets to list on the London Stock Exchange and hope they obtain the capital they require to expand their operations across Africa.