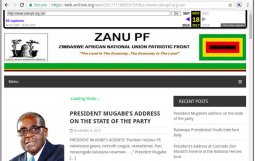 Following the military takeover events in Zimbabwe this past week, and a subsequent removal of President Robert Mugabe from his position as Zanu-PF’s President today by that party’s Central Committee,  the political party has removed all his images from its official website.

This was done today apparently after the political party announced the purging of its president. 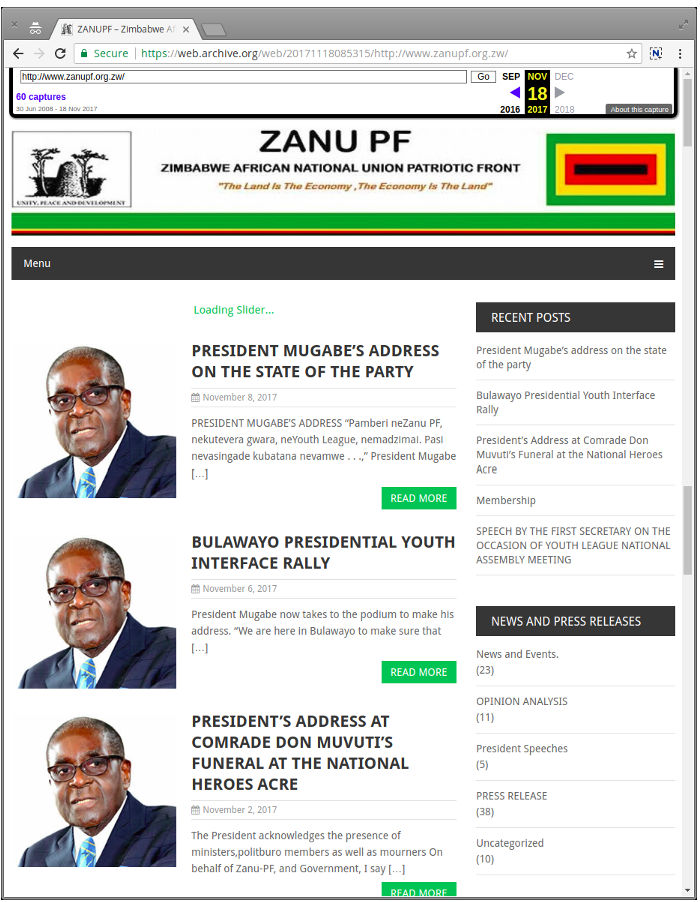 And here’s what it looks like now after the purging: 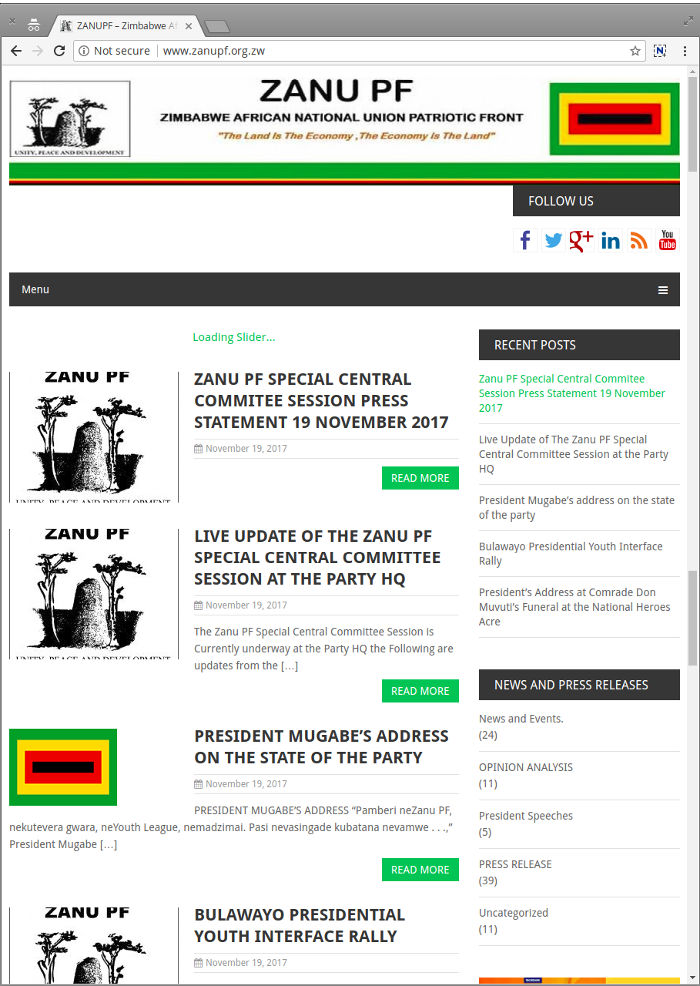