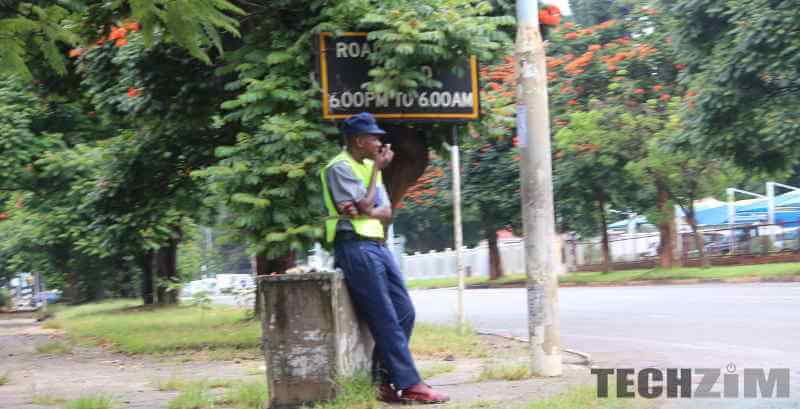 If you are a Zimbabwean motorist (well, no, just about anyone who uses the road) you’ll still be heaving a sigh of relief that the police have disappeared from the road. So menacing had they become that court cases were even in the process of being lodged against them to try and ease the rent-seeking behaviour that they’d made us accustomed to.

Since the ‘coup-not-coup’ the ZRP have been as scarce as the US dollar and though this brings joy to many of us, sadly thieves and muggers also have been celebrating. Though not just related to the disappearance of the police from the streets there have been challenges in various neighbourhoods, especially ‘smash and grabs’, where thieves have been capitalising for some time now.

Mostly targeting vehicles at traffic lights and/or intersections certain areas have been prone to having thugs milling around at these points waiting to pounce on people who have valuables on their seats, many-a-time targets being handbags and laptop bags.

To curb such activities, one Police Station, Avondale to be specific, in conjunction with businesses in that area have embarked on an initiative of installing CCTVs at strategic points where thefts and accidents have been taking place.

A welcome development, methinks, and it’s only just the start of them being able to police the area more efficiently.

One can hope that in the not so distant future we could see officers watching a screen in real time and being able to alert other details of suspicious activities and speedily attend to it.

Avondale Police Station states that they’d be able to “identify perps menacing the public through Smash and Grabs amongst other things. We can now also play back after an accident or incident that needs this technology intervention.”

We are live and rolling out cameras at strategic points/intersections in Avondale.

This particular one we are still tweaking so we get a good view and we can identify perps menacing the public through Smash and Grabs amongst other things.

We can now also play back after an accident or incident that needs this technology intervention.

We have embraced technology in our crime fighting initiatives although behind, we are catching up and at speed.

We would like to thank all the individuals and companies that have partnered the Police to fight crime, particular mention to this local Avondale Company that has donated and launched this project with us making use of the powerful Night vision @Dahua IP Cameras- (Inbox us for details on the product)

Smile you are on Camera

See you on Saturday Reps Theatre – Harare, Zimbabwe for our residents meeting. 9am to 11am

When one notices such initiatives being undertaken by the police, those fines that they’d suck out of us don’t look so bad. However, in this instance businesses have come to the aide of the community. Not a bad thing in itself, but hopefully Obert Mpofu as the Minister of Home Affairs (the Ministry in charge of the police) will look into putting funds towards such (cough cough).

Do you drive through Avondale? Will this development make you feel any better when travelling their streets? What else can be done to make our neighbourhoods safer?

2 thoughts on “Avondale Police To Install CCTVs Around The Neighbourhood”