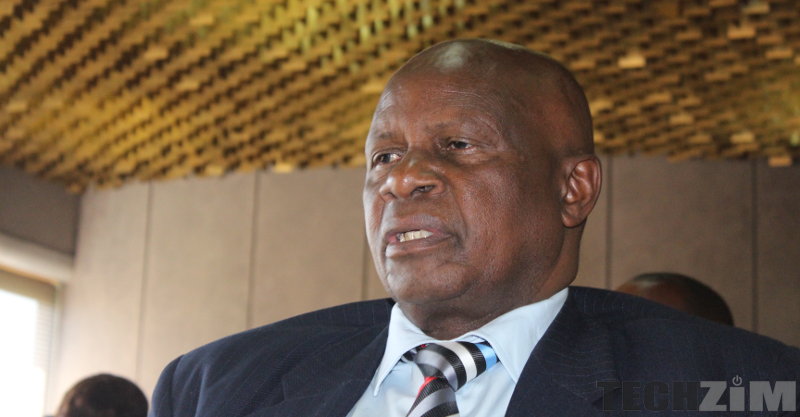 Tendai Biti who was the Minister of Finance in the Inclusive Government of 2009-2013 and is a principal in the opposition MDC Alliance has come out strongly against the 2018 National Budget delivered to Parliament on Thursday the 7th of December 2018. Biti labels the budget a ‘lipstick measure.’ Whatever that means.

His argument is that when the government talks of shedding off more than 3 000 Youth Officers it is very insufficient because the government has 200 000 ghost workers ‘on staff.’ He may be right but he is letting politics and the forthcoming election get in the way of objectivity. To be fair, the substance of the budget is positive, reasonable and realistic. I do not know how implementation will unfold but in and of itself you can’t judge the budget harshly as Biti has done.

The more outrageous criticism by Biti is this one,

…the attempt at repealing the Indigenisation and Empowerment Act, the attempt at reining in government expenditure particularly through the curtailing of travel allowances and conditions of service are things that ought to have been done many years ago, but they are nominal, normative and lipstick.

To criticise on the basis that what the government is attempting to do now must have been done many years ago is nothing but criticism for criticism’s sake. Does he mean that the current government should leave its mistakes as they are because they have been making them for years? When then should things change? ‘When’ Biti himself gets elected to the high office? Nothing should happen until the saviour comes?

Believe me there are several things I would have wished for in the budget particularly recognition of the technology sector as a fundamental strategic sector that needs to be invested in for long term economic growth and global competitiveness. These are wishes and I did not expect this budget to grant them, why?

I am as much a pragmatist as I am an optimist. As a politician, I expected Tendai Biti to be more pragmatic. Whether you agree with the events that led to Mnangagwa assuming office or not, you must acknowledge the practical reality that Zimbabwe is in. This government has a maximum of 8 months before next year’s general election.

The commitments that the Finance Minister announced on Thursday are quite a handful for the limited time they have. We can’t be naive to the fact that the politician’s first job is to get elected/re-elected. As a result, the budget was going to be always about quick gains that will give the incumbents the highest likelihood of winning at the polls. To do that they have decided to repeal the one legislation they have beaten their chests about for the past two decades.

I would challenge Mr. Biti to applaud that effort. Politicians sometimes fail to realise that they score more when they acknowledge some good done by the opposition rather than trample on what the electorate actually judges to be a breath of fresh air. Parick Chinamasa’s budget is a step in the right direction.

56 thoughts on “Tendai Biti is Wrong; Chinamasa’s Budget Is Much More Than Lipstick”