Externalisation: How Big Companies Contributed To The Cash Crisis 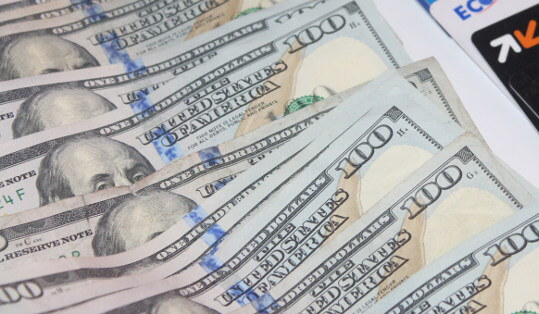 Just how we finally got a figure of $3 billion is not immediately clear. It is probably an estimate because as recently as October 2017, the RBZ said there is a lot of money which is unaccounted for in the country which is moving by all sorts of means. The RBZ made it clear then that they do not know just how much is being lost in illegal dealings.

Not all of the $3 billion was externalised illegally though. The report says $1.8 billion was illegally moved whilst $1.2 billion was expatriated through service fees, management fees, technical fees and royalties.

The government recently granted a three month amnesty for the return of illegally externalised funds and assets, no questions asked.

The list of externalisers includes politicians, prominent business people and some really well known companies. Names of suspected offenders were withheld as investigations are still ongoing. Names were withheld but we were given clues so obvious they might as well have given us the names.

They mention a telecommunications company which shipped out funds legally, up to $60 million in the year to May 2017. They say these funds that were shipped legally were mainly to Mauritius and the Far East. This is spelling it out without actually spelling it out. A telecommunications company shipping funds to Mauritius, ooh, we have no idea who they are talking about.

These companies that are shipping funds legally are now under surveillance.

If it is not illegal then why put them under surveillance?

When they say these companies are shipping out funds legally, they just neglect to include the second part of the statement – as far as they know. They may or may not have suspicions that there could be some illegal stuff going on. That’s neither here nor there in the end because the goal is to stop all leakages of foreign currencies.

It is the central bank’s job to manage foreign currency and it therefore follows that they should monitor the outflows to ensure all is according to the book. Or at least to work with the companies to minimise the outflows in an effort to reduce the negative impact forex outflows have on our economy.

You may remember that time when Standard Chartered was blasted for outsourcing simple bank processes to Kenya and India. The bank was shipping over $20m a year for ridiculous things like bank cards processes, loan approvals and other minor services, like getting a certificate of balance for clients.

It was a way to get foreign currency out of Zimbabwe. We all could give a hundred reasons each on why companies would have wanted to move the money they made out of Zimbabwe. So we are not judging but we are imploring all to help in rebuilding this new Zimbabwe.

Would it not be better if the RBZ just kept track of all inflows of foreign currency and then track how those are utilised to pinpoint where the leakages are occurring? It would not, that would actually give warnings to the international ;community that we are moving to a being command economy which would frighten potential investors away.

The RBZ actually manages only 30% of the country’s export receipts while the rest is left at the local banks’ jurisdiction. It should be left like that. Of course it would be difficult to let the market forces do their job if behaviour like the one Standard Chartered was engaging in is allowed to continue.

For Zimbabwe to fix the cash shortages, businesses and individuals have to work together with the government in mutual trust.