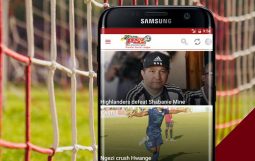 In terms of entertainment in Zimbabwe, DStv is (or was) quite big, chiefly because we have/had very little options. ZBC tv did that to us. Not only do we have one national channel, but the national channel is terrible! Repeats, propaganda, poor quality and it goes on and on.

So eventually, people had enough and moved on… to DStv (that’s after we were cut off from the free South African channels).

However, now one of those soccer broadcasting rights has expired. The 5 year contract between DStv’s SuperSport and Zimbabwe Premier Soccer League (PSL) has lapsed. Therefore, PSL has invited interested broadcasters to submit their bids for the league.

Question is: does this affect the uptake of DStv in Zimbabwe in a significant way???

Already at the moment, DStv’s reign as the entertainment king is under threat for two main reasons; i. DStv payments haven’t been made easy and ii. Kwese has come into the picture.

The first reason which is the biggest one really is DStv payments cannot be made using bond notes.  According to Multichoice Zimbabwe, payments are not received locally, and because bond notes are not recognised internationally, we basically can’t pay for DStv. But, if you have USD (which has become a currency for the rich) then you have no issues.

The second reason which is Kwese’s arrival into the scene is actually mostly hinged on the first reason; well, unless of course you’re patriotic or are a Strive Masiyiwa fan – I say that because at the moment, in terms of content, Kwese has nothing on DStv. That could change in future but for now Kwese is still a new kid on the block and it really wouldn’t be fair for us to compare its content to that of DStv.