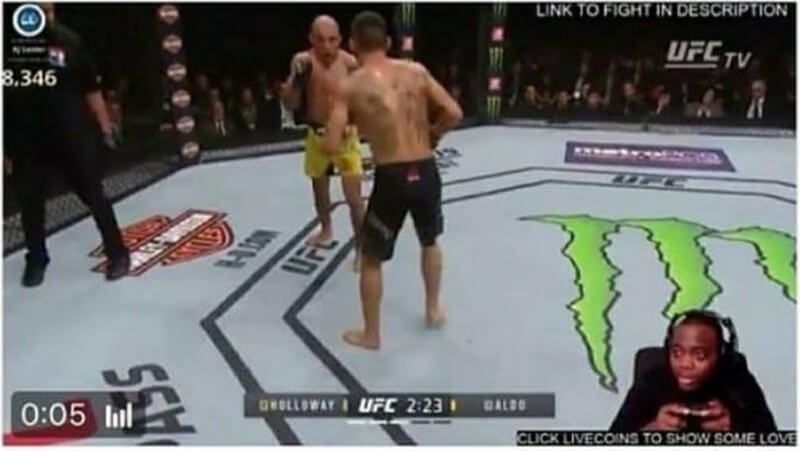 As it is with all media content, there will be piracy, regardless of the distribution method. As cassettes were dubbed and distributed back in the day, pirates find creative ways to get around the challenge of distributing content for which they do not have rights.

With the internet it can be argued that it has become easier for pirates to steal and distribute copyrighted content. Just one visit to YouTube will show the extent of piracy we are dealing with. We have seen musical albums shared to the video sharing site within hours of being released, like we saw with Kutonga Kwaro by Jah Prayzah.

All forms of pirated video content can be found on YouTube but the algorithms that block live sports content seem to do a decent job as live sports matches are harder to come by. We know how much sports content is to acquire and apparently in order to ensure they recover those costs, more work has been done to stop piracy there.

A streamer came up with a new way to beat the system. The solution is so simple yet so ingenious. It fooled the anti-piracy softwares on various platforms.

The streamer, AJ Lester, just simply pretended to be playing a game and streamed a live UFC (mixed martial arts) match on Twitch and other platforms.

If you have seen some reaction videos on YouTube where the reviewer is usually in the bottom right corner of the video whilst the rest of the screen is taken up by the video they would be reacting to, then you know what it looks like. This format is popular on gaming sites, YouTube included.

So AJ Lester put himself in the bottom right corner of a live UFC match. He was holding a gaming controller and had headphones as he reacted to the action unfolding on the live video as if he was the one controlling it. He was animated as he put on a show. He went viral on Twitter for his antics.

We expect the video sharing sites to update their softwares to deal with such kinds of antics in the future.