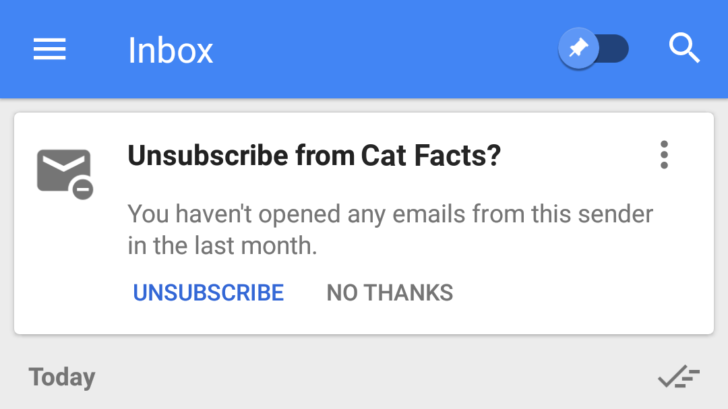 You know how filthy your email inbox looks. You don’t really know how it got to this but it is a mess right now. It probably is that kind of mess which paralyses one to inaction. You know it is a mess but it is so big a mess you feel powerless even thinking about fixing it.

Sometimes we get lazy, each and every one of us. Those first emails from those guys and we ignore them. We sign up for more free stuff and are added to mailing lists. The emails come in and we ignore them. A few months later and our inboxes are unrecognisable and at that point we accept that that’s our lives now. We learn to skim our eyes over the inbox, separating the wheat from the chaff with our eyes.

Sometimes they are emails you honestly believe you need. Could be a daily devotional from a pastor you saw one time on God TV. You see them come in and you think, ‘excellent’ but you never get around to opening them. It might be that you don’t want the guilt that comes from unsubscribing from a faith devotional. Doesn’t really matter why you don’t unsubscribe, the effect is to add on to the clutter.

The solution comes via Inbox. Inbox is an alternative email app you should really consider trying out. You could try it on the desktop first. You will enjoy how it groups emails for you.

Google realised all the above and have set about restoring power over the email inbox back to you. They are rolling out a new feature to the Inbox Android app and the desktop site.

What happens is that you get an Inbox tip card which simply asks you if you would like to unsubscribe from a mailing list. It will ask you this if you haven’t opened emails from a specific sender for a month. You can click unsubscribe right from the card and proceed to do so or ignore the tip.

The beauty is that this feature actually works best when you are lazy. You just sit back, ignore the emails and in a month’s time Inbox tells you which emails you haven’t opened and you can unsubscribe then. I repeat, you get a cleaner inbox by simply ignoring the spam.

You probably won’t see this nifty little feature right away as Google usually rolls out new features in stages but believe me, it’s coming.