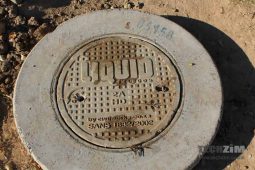 Liquid Telecoms Zimbabwe, the biggest and probably the main supplier of international bandwidth into Zimbabwe has released a statement in regards to the major internet outage that took place this week.

In the statement, Liquid states that they had “two other links providing redundancy into Zimbabwe” and these coincidentally failed at the time of the outage.

This is the first statement that Liquid has issued in regards to the matter and as the main distributor of the internet into the country it comes two days after the event.

The Government, in the form of the Minister of ICT, has issued warnings that licences could be revoked if such events reoccur. It definitely is a call for Government and the regulator to look into how dependent we are a few players for critical services, including the internet.

The statement issued was as follows:

Liquid Telecom sincerly regrets the inconvenience caused to our valued customers as a result of service outage between 1145 hours and 1715 hours on Tuesday 5 December 2017. This resulted from a fault on our main network link in South Africa and a series of unprecedented faults that occurred soon thereafter on our two other links providing redundancy into Zimbabwe.

Normal service has since been restored.

We are currently taking urgent measures to reinforce, improve and guarantee secure backup links to avoid a recurrence of this situation in the future.

Once again we sincerly regret the inconvenience caused to all our customers and stakeholders.