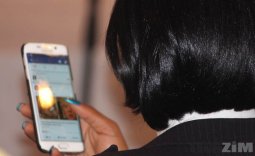 So I know of late I’ve been on and on about how great social media is, even recommended it to the government. I mean it’s no secret that social media has totally turned around the way we interact with each other, it has enhanced it on the most part but look, everything under the sun has its own demerits (though some more than others).

I’m sure whenever we talk about the evils of social media our focus is always drawn towards fake news. Yes fake news is a problem but you know what’s worse than fake? true. No need for that expression you just put on your face, I’m willing to explain.

So yesterday, a video of someone being chopped to death was circulating on WhatsApp, and if it didn’t get to you, this is one of those few times in life where you ought to be grateful that something missed you.

We know the world is not an entirely pretty place, we get that some people are murderous… but filming it? Now that’s some high level of messed up. Actually, I can bet you a dollar that filming such is highly inspired by the existence of social media – a platform where one can easily show the world how ‘bad’ they are.

In fact, there’s something about social media that draws people to just becoming all showy. Showy even with the most disturbing of things. Facebook right now is struggling with people who livestream murders and/or even suicides. This is why they recently upgraded their anti-suicide measures by adding Artificial Intelligence (AI)  into the mix.

We could have easily concluded that people want bragging rights for killing people on (or and then posting to) social media platforms but clearly not…maybe to some but considering the prevalence of suicide on record, it becomes a bit more complicated than that. I mean which bragging rights exist when one’s dead???

Honestly, in as much as social has enabled free flow of information, there is just a certain type of information we regret to let ‘flow’. The weird part is, as according to the perpetrator’s plan, we participate and let such things go viral. Shame on us. Why on earth should we be forwarding such???

This is exactly why some people’s auto download is off even at the expense of missing out on the really important stuff. Well that and being an Econet subscriber, but mostly that (bad time to joke, I know but I honestly couldn’t help it).

Anyway, I just wish we could just start being a little more responsible and realise the impact of the content we forward on social media.

7 thoughts on “Social Media Isn’t for that. You Must Stop It!”