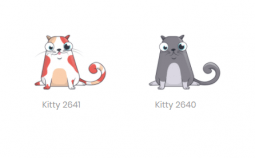 I know it’s still hard to wrap oneself’s head around Bitcoin and yet here we are talking about a new cryptocurrency. This time it’s not even a cryptocurrency per se but actually a game. What the heck is going on?

We mentioned Bitcoin so that it is easier to explain what CryptoKitties are.

Recap: Bitcoin is a digital currency. It is a cryptocurrency in that it’s a digital asset designed to work as a medium of exchange using cryptography to secure the transactions. Bitcoin transactions are recorded on a blockchain which is just a decentralised public ledger. The blockchain is what makes Bitcoin what it is as blockchain-based cryptocurrencies offer the most peace of mind.

So you may know that Bitcoin is not the only cryptocurrency there is out there. You may have heard of Litecoin, Dash and …

It is a digital blockchain-based currency just like Bitcoin and yet it is so much more. It features smart contracts, the Ethereum Virtual Machine and it uses its currency called ether for peer-to-peer contracts.

It is the smart contracts that truly set Ethereum apart, Bitcoin does have them but with more restrictions. Smart contracts are self-executing contracts with the terms of the agreement between buyer and seller being directly written into lines of code. Coindesk put it simply as; programs that execute exactly as they are set up to by their creators.

This is a game that was launched on the 28th of November 2017. What is it about? Let the CryptoKitties founders explain themselves,

It is a game built on blockchain technology—the same breakthrough that makes things like Bitcoin and Ethereum possible. Bitcoin and ether are cryptocurrencies but CryptoKitties are cryptocollectibles. You can buy, sell, or trade your CryptoKitty like it was a traditional collectible, secure in the knowledge that blockchain will track ownership securely.

The game lets you purchase, trade, and breed digital kittens. You need ether to purchase kittens. Ether are Ethereum’s equivalent to bitcoins, just a digital currency but you need real money to buy your ether.

So all kittens have value but the rarer a kitten is, the more it can fetch. That makes breeding important. You do not need a rare kitten to breed rare kittens as non-rare kittens can sire rare ones. Considering some rare kittens are going for more than $100,000 that almost makes you want to jump in on the action too.

The algorithms that determine what kind of kitten is sired i.e rare or not, are not known. Those who do know them are not allowed to play. There are tips on how you can increase the chances of siring a rare kitten but nothing’s guaranteed.

It is the rare ones that are going for as much as $100,000 with the record being $117,712 but the average price is around $109. In just a week, over 22000 kitties had been sold. Considering that non-rare kittens can sire rare kittens, imagine buying two kitties for $218, breeding them and siring a rare kitty which you sell for $50,000 or more. That’s an optimistic, best case scenario for you.

So there you have it, you can now use your intangible digital currency to buy an intangible digital collectible, a virtual cat. Fear not, you won’t have to feed or pet it like a Tamagotchi, they didn’t go that nerdy with it. What a time to be alive.

Is this CryptoKittie thing a fad? Who knows? We have heard that Bitcoin is a fad since its inception in 2009 but it’s still going strong. What CryptoKitties has going for it is that it is blockchain-based like Bitcoin meaning the kittens you own are not controlled by one entity.

2 thoughts on “Step Aside Bitcoin, $3m Has Been Spent On Virtual Cats (CryptoKitties) In A Week”