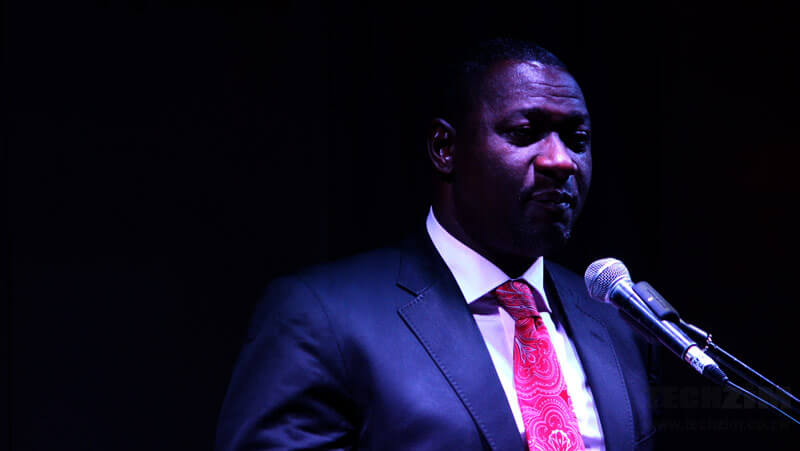 Posted Thu 04 Jan 2018Thu 04 Jan 2018 by L.S.M Kabweza (@lskmakani)
[This article from the 24th of July 2016 has been republished because it is related to current events as they concern Minister Supa Mandiwanzira and the corruption allegations leveled against him]

With fresh allegations of corruption already being levelled against the ICT Minister Supa Mandiwanzira, it doesn’t do him any good that the Auditor General is now revealing the minister went against governance rules to fund the purchase of vehicles and his Telecel acquisition project.

A report by the Auditor General released this week revealed that without Treasury approval, Supa Mandiwanzira got a $289,000 loan from POTRAZ which the ministry used to acquire vehicles him and the deputy minister (Win Mlambo).

The Ministry of ICT also apparently got a $10 Million loan from POTRAZ to buy into Telecel. That amount plus the $30 Million that NSSA contributed, funded the purchase of the Ministry’s 60% stake in Telecel. This too was done without Treasury approval.

Here’s an excerpt of the report:

The Ministry (of ICT, Postal and Courier Services) got loans amounting to $10 million, $194 564 and $95 000 from POTRAZ for the acquisition of government’s shareholding in Telecel Zimbabwe and purchasing of the Minister and Deputy Minister’s (Win Mlambo) vehicle respectively, without Treasury concurrence. These amounts were still outstanding as at the time the audit was concluded.

The ministry did not provide documentary evidence to show that they were given treasury authority to borrow from state owned enterprises. Since the amount of $58 888 relates to appropriation expenses by the ministry, the expenditure should be accounted for in the 2015 financial year.

In addition, the ministry did not provide documentary evidence on how it intends to account for the $10 289 564 for the purchase of shareholding in Telecel Zimbabwe and the purchase of the Minister and Deputy Minister’s vehicles.

Treasury approval aside, POTRAZ funding the acquisition of a mobile operator strongly calls into question the neutrality of the telecoms regulator and their ability to regulate the sector. POTRAZ’s stated purpose is to “create a level playing field” and to operate with fairness, transparency and integrity.

One would argue that using funds contributed by the wider industry in telecoms fees, to help a government buy a competitor in that same industry is not fair. And the fact that how the Ministry got the $10 million was a mystery until this Auditor General’s report speaks of the lack of transparency at both the ministry and POTRAZ.

Companies like Econet have long complained that POTRAZ has actively contributed to the creation of an unlevel playing field and POTRAZ has, all the time, denied this.

It is noteworthy that on becoming the ICT minister, one of Mandiwanzira’s earliest moves was to fire the whole POTRAZ board and appoint new members.

8 thoughts on “AG: ICT Minister Mandiwanzira got loans from POTRAZ without gov approval”