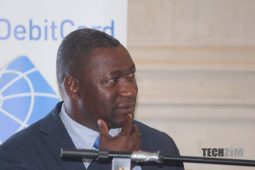 So there is a craze that is going on that can potentially change a lot, by a lot I mean a lot. We talking board re-appointments, job dismissals, jail time for some, and most importantly how we will view the president from hereon. Whatever move His Excellence makes in response to this matter is going to define how we perceive him as president.

The craze hinges on a letter addressed to the president by Reward Kangai, the former CEO of NetOne, a state owned Mobile Network Operator (MNO). In the letter, Mr Reward accuses some individuals in the industry, moreso the Minister of ICT and Cyber Security of building a cartel or shall I say a cabal of corrupt looters.

I’m not promising that this article will uncover all we need to know about the cartel (or not), but it surely will give us some pointers. In fact, all I’m going to do is tell you what we know about the individuals of interest and the rest is up to you. Remember, as it stands these are just but allegations, allegations which make a lot of sense I must say.

There’s quite a number mentioned, but we’ve picked out a few that we think are ‘more relevant than the others’ and these are: Francis Mawindi, Brian Mutandiro, Ozias Bvute, Sibusisiwe Ndhlovu, Alex Marufu, Kudakwashe Nyashanu, Darlington Gutu, Peter Chingoka and Goodson Nguni.

Regardless of the nature of his exit from PTC, involvement with Brightpoint  and dismissal at Telecel; Hon. Supa vouched for him to become COO at NetOne, though the attempt failed according to Kangai.

Regardless of being fired for corruption at PTC, not meeting the qualifications of the job as per job advertisement (again according to Kangai); he still got the position of COO at NetOne.

He was also appointed as POTRAZ chairman by Hon. Supa

Lastly, reports say that he is related to minister Supa Mandiwanzira. That’s a difficult one to prove.

Well, there is quite a lot on Ozias. Better detail can be found on this article here.

Why is she relevant to this case?

Her association with MetBank and how she landed the CFO job at NetOne after being found unsuitable for holding public office.

Alex Marufu was (also) behind the restructuring of the NetOne board, an action alleged to be adding up to some grand scheme. His reasoning was that there were some empires that needed to be destroyed at NetOne. The restructuring saw the hiring of Sibusisiwe Ndhlovu, Brian Mutandiro, and Kudakwashe Nyashanu

Again, Mr Marufu re-located to South Africa during his reign as chairman of the NetOne board. Kangai allerges that while he was there, with the approval of Hon. Supa, guards were placed at his home in Harare at NetOne’s cost. Not only that, but he frequented the country for NetOne Board meetings which happened unusually often and of course, these costs were covered by NetOne.

He was previously employed at Tarcon where Mandiwanzira has an interest.

According to Kangai, Mr Gutu was a false witness to the forensics audit that wrongfully accused him (Kangai) of changing sites for base stations and failing to develop base stations etc. without the necessary facts. Kangai claims that according to sources from NetOne, Mr Gutu did this in exchange of retaining his position as CTO as he had been promised.

He is involved with Metbank.

He was left in charge of handling the corruption investigations of cases involving two of the above mentioned individuals but up to date, nothing tangible has materialised.

There you have it, do any dots connect? Kangai himself is probably a disgruntled man with an axe to grind so that has to be put into perspective.

18 thoughts on “Is Minister Supa Really Building A Cartel In The ICT Sector In Zimbabwe??? #SupaGate”