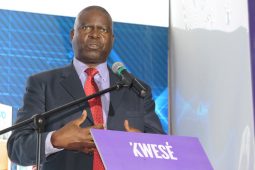 content distribution service ” means a service provided by a content distributor comprising content aggregated  within and outside Zimbabwe that is made available in Zimbabwe with or without payment of a subscription fee and the reception is through satellite;

This says if Econet Media gets this licence then there won’t ever be a question whether they are operating legally or not in Zimbabwe. The same questions that their former partner has been raising. I have my own questions:

Question 1: Why Did Kwese Terminate Agreement With Dr Dish?

After going through the pains of structuring a deal with Dr Dish just so they could legally access the Zimbabwe market and then holding hands with Dr Dish to fight the cancellation of Dr Dish’s licence, Econet then just decides they don’t need their partner. That doesn’t sound right. The question is, did Econet enter into that relationship in good faith?

In response to our questions, Zack Wazara, a consultant at Econet Media said the agreement was terminated within the provisions of the contract itself. So whatever those provisions are, the question of good faith remains. Good faith is not about the letter of the agreement or the law, good faith is about transparency and the spirit with which you are engaging your partner.

Their partner obviously doesn’t feel like the bigger boys were ever sincere in partnering them. The Dr Dish guys feel used. No matter were your sympathies lie, you can’t ignore that nagging feeling that Econet Media used these guys and that they knew they were just using them right from the onset.

Question 2: Why Is Kwese Operating In Zimbabwe Right Now?

If Econet Media needed Dr Dish to access the Zimbabwe market because Dr Dish had (and still has) a content distribution license which Econet Media didn’t (and still doesn’t), then how come Kwese is still being broadcast in this market after the two parted ways? Was the license needed just for entry into the market otherwise once operating the license doesn’t matter?

But no, the license does matter because Econet Media is applying for it right now. Applying for  a license means you don’t have it and you need it. Before they get the license (we all know they are gonna get it) how are they able to keep broadcasting? Technically, actually not technically, Kwese is illegal right now and they have been illegal since November. That is of course unless there is some provision or loophole in the law that ace lawyers like Nyambirai are exploiting. If it is so, then that is the technicality not the generality of their situation right now.

Question 3: Do You Believe In Coincidence?

Kwese suddenly decides it does not need to have a licensed content distribution partner. A few weeks later, the Broadcasting Authority of Zimbabwe suddenly decides they want to invite applications for non spectrum licenses. Not so suddenly, Econet Media applies for the licenses advertised to be up for grabs.

To Be Clear, I Don’t Believe In Licenses

Econet zealots will be after my blood and leveling all kinds of accusations. I must say that I am actually very sympathetic to the Econet Wireless Zimbabwe Group and other Econet Global operations in Zimbabwe, they operate with the ground tilted 45° against them. This is why I am not too happy when they seem to be anything less than above board. I hate to believe that those that say power or money corrupts could be right. I can’t accept double standards and convenient moral blind spots from Econet.

I do think the whole broadcasting licensing thing is silly and was overtaken, in fact disrupted by technology a long time ago especially for non spectrum allocation licensing. Everyone right now kind of needs a license if BAZ were to get their way. However, being above reproach means submitting to the law no matter how backward or inconvenient or ridiculous.

Econet fought for their mobile operator license decades ago. That fight and subsequent victory ensures they remain the beloved underdogs in Zimbabwe no matter how big they get and how much they dominate the market. Good for them. BUT the principle behind that fight was to remain above board and to fight the unfair law with law. Strive Masiyiwa even says he refused to take the easy way out and accept the license via the back door just so the courts would make their ruling. That is principle.

This whole business of faking partnership to someone else just to get into a market and then going back on their word as soon as it’s convenient for them to do so is not the Econet of the mid nineties. More than that, Econet has actually bullied the authorities because they are big enough to do it and they have enough public sympathy to afford them leverage.

Retrospective Application Of The Law

By applying for the license whilst already operating without one, Econet Media is setting a very bad precedent and of course politicians are doing this with them. Politicians will not dare appear to be antagonizing the public darling, Econet especially in an election year. What do they do? They silently seek to fix the Kwese legal problem, BAZ issues an invitation, Kwese applies, Kwese gets licensed. What did you say Dr Dish?

The Process Problem However

When you look at the licensing procedure as laid out in the Broadcasting Services Act, you realise the process could take a minimum of a year or more realistically two years. So will Kwese be illegal for that long? Another problem, BAZ doesn’t have a board right now and licensing is an issue that only the board is mandated to handle. This may lengthen the process further.

Most probably a mere window dressing act will be carried out to make this whole licensing issue go away. I don’t like what that means for Econet. I would rather the licensing requirement be repealed maybe through a parliamentary process. The requirement is not necessary and ancient BUT as long as it remains the law Econet particularly has to respect it. They are probably the most influential entity in Zimbabwe, I expect nothing but sincerity in what they do.

21 thoughts on “Point Of Correction: The Licences Kwese Is Applying For Are Sufficient BUT They Have Much To Explain…”