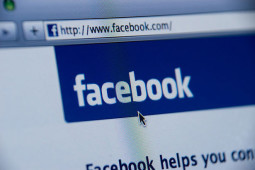 As times are changing, it’s always good to see people who choose to move with them, especially if it’s people whose choices directly affect you.

Some time back, we wrote on how important it was for the government to be on (or at least follow) social media, and they (well, some) took heed of it. And of course we’d love to say the President read that article and decided “yea, why not?” but well…

Nevertheless, we’re writing about it again to commend that action; not only to commend the fact that Mr President now has both a Facebook and a verified Twitter account (more of now has some functional accounts since it seems his Twitter account was more of a revived account than a new one, joined in 2011) but the fact those accounts aren’t somewhat ghost accounts. Remember, it’s one thing to open an account but it’s another to then make use of it.

It’s easy for president ED to have just opened the account for show and let his office run it without really being invested in it, but from the video we just saw on Facebook, Mr President is indeed engaging on it, which is the whole point of social media isn’t it?

The video is in response to a question on Facebook from a random Zimbabwean who was questioning the decision of giving chiefs cars in this difficult economy. However, I’d really love to see the day when the responses become a bit less diplomatic; not that I’m saying the President should just blabber carelessly like some people we know (needless to say the whos) but it would be great that on social media he becomes ‘less presidenty’ and more human… (whatever that means).

Here’s the video by the way…

2 thoughts on “President Mnangagwa Engages User On Facebook Through Video”