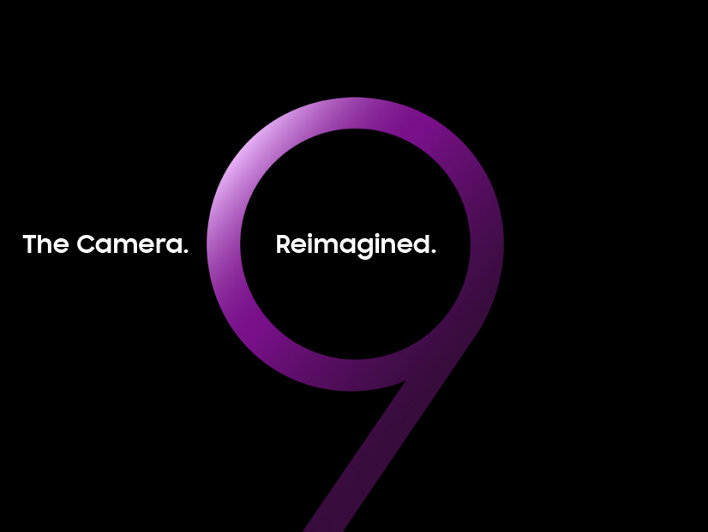 Never a dull moment in the tech world is there? Samsung just threw an announcement of their Unboxing Event. The date is 25th of February 2018 and the goodies are the Galaxy S9 under the slogan ‘The Camera Reimagined’.

Now interestingly we find the hint being focused at the camera were some rumors were flying that Samsung is developing its own camera system for the Galaxy S9. They say it will be able to shoot some super slow mo videos or 1000 frames per second (FPS) for those who fancy digits.

While on the subject of super slow mo video, Sony was the first to venture beyond 240 FPS with the Xperia XZ Premium to an astonishing 960 FPS or 32 times slower than real time video.

Interestingly enough the Unboxing event will be taking place a day before the Mobile World Congress were a number of smartphone manufacturers also reveal the next generation of devices they have in store for you and me.

This is all happening when we have fresh memories from CES were Sony revealed a number of new devices that include the Xperia XA2 and XA2 ultra with the latter coming in with dual selfie cameras.

What Smartphone trends can we expect at MWC?

Looking back at last year the main focus on smartphones was the display. Almost every manufacturer went for edge to edge displays. Even Apple the usual laggard on modern design blew our minds with an almost completely bezel less design.

This year, so far its shaping up to be a camera technology focused year which I would say was sparked mainly by the Google Pixel 2 and all the raving reviews it got from a number of tech reviewers.

Artificial Intelligence is also on the cards as it was last year thanks to Google in the Pixel 2s camera and Huawei with their AI-on-a-chip on their Mate 10 series. A lot of device improvements will be as a result of AI doing a bit of work behind the scenes.

Headphone Jacks are going to fall left right and center. It’s bitter-sweet news but wireless is where technology is going. A phone with no ports even one for charging might pop up you never know.

We have already seen implementations of in-display fingerprint sensors which could be making their way as well to mainstream devices.

Mobile World Congress is happening from 26 February to 1 March. What outrageous innovation are you wishing or expecting to see at there?