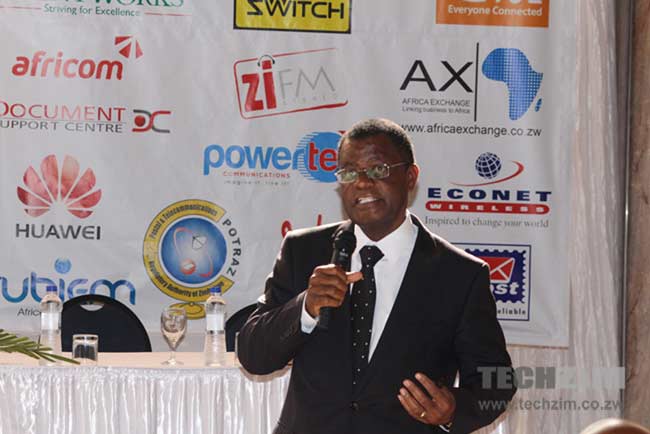 Kangai has responded to ZACC’s decision to dismiss his allegations against the minister of ICT and Cyber Security, Hon Supa Mandiwanzira.

Well, we can’t possibly have expected the whole #SupaGate saga to end at ZACC dismissing Reward Kangai’s claims just after a few months of investigating such a complicated matter, yet past experience says it has taken much more time (years to be precise) to investigate ‘simpler’ matters.

This is an attempt to whitewash the case against the Minister. I never made a report that the money was paid. If it was an attempted murder, would the police go on and investigate a murder case.

The point is I stopped the country and Netone from losing $4 million and here somebody is trying to cover up something despite the evidence having been there including minutes of the meeting.

I reported the matter to the economic intelligence of the government after having made submissions to the Chief Secretary to the President.

I also submitted a document with evidence to the former President in 2016, they didn’t act and now they are after me.

As disgruntled an ex-NetOne CEO as Kangai is, let’s face the facts here; what he claims somewhat makes too much sense to be ignored. In fact, what’s sad is that after reading the interview that Mr Goodwin Nguni (the commissioner in charge of investigations at ZACC) had with the Standard, it’s noticeable that the overall message that’s being sent out is “Kangai has his own corruption allegations to answer to, so we can’t take him seriously”. And this is wrong on so many levels.

Let’s use an analogy; say a criminal is being put on trial for robbery, after pleading guilty do we then ignore all the other names he brings forward as accomplices simply because he himself is a criminal??? What should be considered is what he is saying and not necessarily who he is or what he has done.

The fair thing to do is to consider those allegations as if they came from anywhere else. Then after thorough investigations are done, we’re happy to hear that nothing has been found against all those who were implicated and that they are free to continue life as normal.

Fair thing to do #2 is to put someone else in charge of this investigation rather than Mr Goodwin, considering that he has literally sat on this case since it was first reported. Of course Mr Goodwin might do his best and totally be clean but the public will have a hard time seeing it that way. So for both his and our sake, he should totally detach himself from this particular case. His replacement? Well, it has to be someone totally separated from politics (if that even exists)…

Nonetheless, with all that said and done, we wait. The best outcome for Mandiwanzira is that he is cleared from the alleged irregularities in tender process by an investigation team that is visibly doing its job otherwise people will keep asking questions. That is not the best outcome.

Kangai is not clean himself and in the legal world the credibility of a witness is important and so the case is not clear at all. One thing though, prejudicial judgement will not bear well for a country that is under the spotlight as our country is. Let everything be done above board and we will respect whatever the outcome, the whole world will respect the outcome.

7 thoughts on “ZACC Clears Supa From Corruption Allegations; Kangai Responds And Says But…”