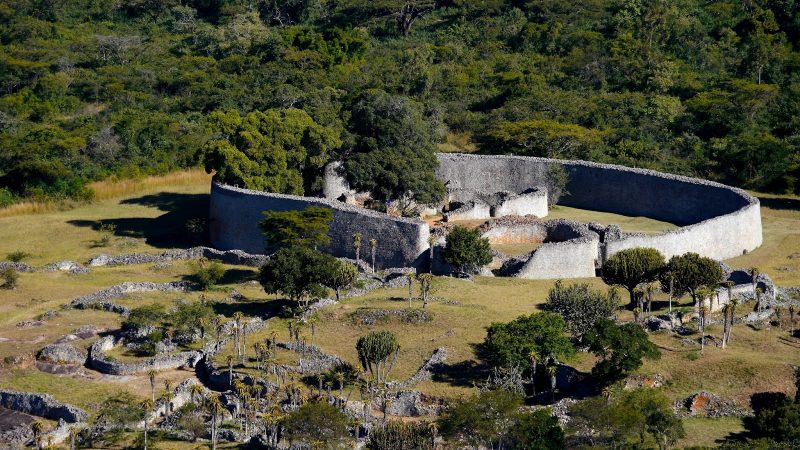 The Black Panther movie no doubt has been getting some raving reviews all over. Going through the internet fueling my hype has made me come across some very interesting videos and articles.

In this video the guy tries to explore the inspirations of major aspects of the movie and link them to the present African context. The part that completely got me hooked is when he mentions Great Zimbabwe Monuments being the inspiration of the Wakanda Kingdom’s design and its impressive technology.

Great Zimbabwe is a National Heritage site located in the southern part of Zimbabwe. What’s impressive about this ancient city of stone is that it is the largest stone structure built south of the Sahara and constructed with no mortar to hold the stones together.

To be able to pull this off the natives of this area had to be impressively advanced architects due to the fact that it still stands since its inception in the 11th century! If you were looking at the trailer you might have noticed how the Kingdom of Wakanda is hidden by a holographic enclosure of sorts in a mountainous area.

Similarly, Great Zimbabwe is surrounded by a series of mountains with the Grand Enclosure being the highlight of the ruins. It is quite a prevalent assumption on the internet that the technological aspect depicted in the Black Panther movie is strongly inspired by our very own Great Zimbabwe ruins.

The waterfall in the trailer could be inspired by Victoria falls too? That gorge and those cliffs? Looks pretty darn similar if you ask me. It would be interesting to get a comment from Marvel Studios on where they got the inspirations that they incorporated into the Black Panther movie.

I’m sure the greater part of Africa had something borrowed from the local cultures that they can relate to in the movie in the form of greetings or face paintings and body piercings to battle cries and Armour and mention of what was borrowed were would properly get us chuffed!

I’ll leave it here before I get to be a spoiler but just some food for thought. What do you think?

2 thoughts on “Could Black Panther’s Kingdom, Wakanda, Have Been Inspired By Great Zimbabwe?”