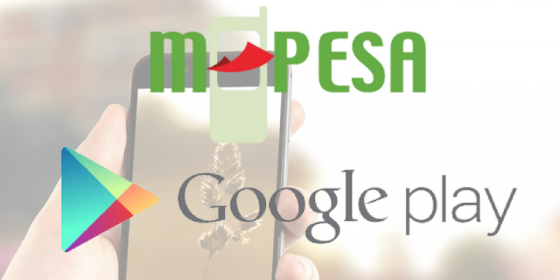 Kenya’s mobile money service M-Pesa (Kenyan Ecocash for the uninitiated) can now be used to pay for apps, and games on Google’s Play Store.

This is also great news because it enables Kenyans to enjoy high-quality paid apps without having to resort to piracy. We are so used to piracy in Africa we never actually acknowledge that the services we are enjoying without paying for are at times a lifetime of work for developers and creators alike.

Anyway, that’s a conversation for another day…

I really hope that Ecocash is next but Google has not publicly indicated their plans or target markets going forward.

It’s also really difficult to predict if Ecocash (Zim’s major mobile money platform) will strike a deal with Google anytime soon. Kenya has a population of about 48.5 million compared to Zim’s 16.15 million. This 66% difference means Kenya is a major target when it comes to the spread of such technologies. The number of M-Pesa users stands at about 27.8 million which is still far more than our population and an even larger gap compared to the 6 million Ecocash subscribers.

The above stats show why the Kenyan market is attractive to players such as Google. At the end of the day, big players (i.e. Google in this case) are looking for the best markets to grow and increase revenue and Zim may not be high on their priority list because of that.

The interoperability ultimatum that was given to the Mobile Network Operators could be another stumbling block. The government ordered all networks to make all their payment platforms work together seamlessly and until this issue is resolved Google may not make a deal with Ecocash individually when there’s an opportunity to strike a deal with all operators under one service.

Let’s see how it goes

Hopefully, I’m wrong and the payment options expand and include Ecocash soon. What do you think about Google’s M-Pesa partnership? If a similar option was available here would you stop pirating apps? Let’s keep the conversation going in the comments section…