Bold claim indeed but even I was shocked by this Itel S32 smartphone. It is an upcoming smartphone brand with some pretty humble specs but a really impressive build.

Let’s crack it open and see what we are dealing with. 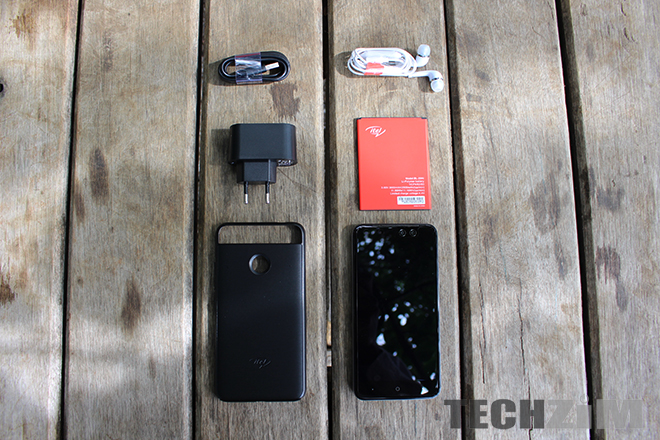 The box looks pretty standard, almost flamboyant considering it’s price range too. None the less the presentation is very appealing with accessories grouped in boxes that make good use of the limited space in the box. I know you don’t buy a phone for its box but i’m just a person that appreciates a decent unboxing experience.

x1 battery (Yes its a removable one!)

Its a starter pack folks the pure essentials to kick things off. You even get a pre-installed plastic screen protector. Interesting part was the total lack of any literature apart from whats on the box.

Interesting things are going on with this phone. It is a very light phone. This is mostly thanks to the extensive use of plastic in its construction. But the build and finish somehow just works. 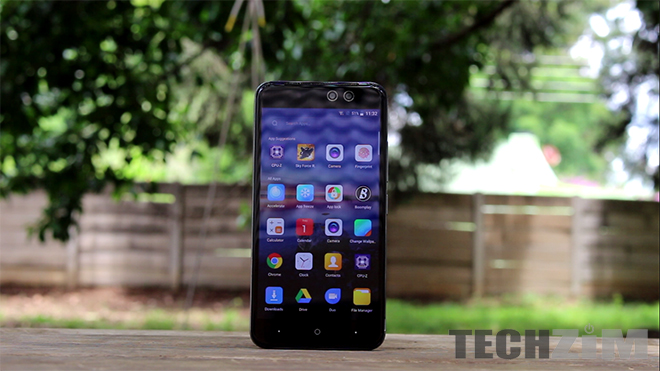 On the front we have a 5.5 inch HD IPS LCD display which again is a very decent display. Colours are rich and vibrant and as much as 1280 x 720 is a stretch for a 5.5 inch footprint it does fare well at normal viewing distances. Even the blacks of the panel at max brightness were surprising for a phone of this price range.

Above it are some sensors, a selfie flash, a long grill housing the earpiece and a tiny but intense notification LED as well as 2 selfie cameras. One is a 2MP normal angle lens and the other an 8MP wide angle one. Yes this dual selfie camera is becoming a thing now. 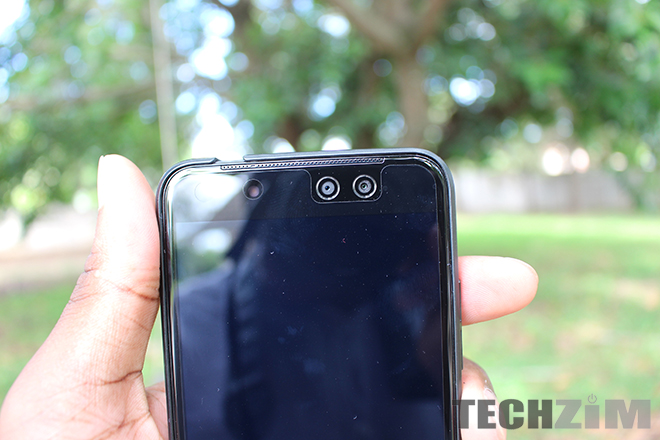 Below the display we have some navigation buttons which i personally prefer off the actual display. Thumbs up there Itel…but. Number 1. The recent apps button and the back button are just dots which takes a bit of practice to know which is which. 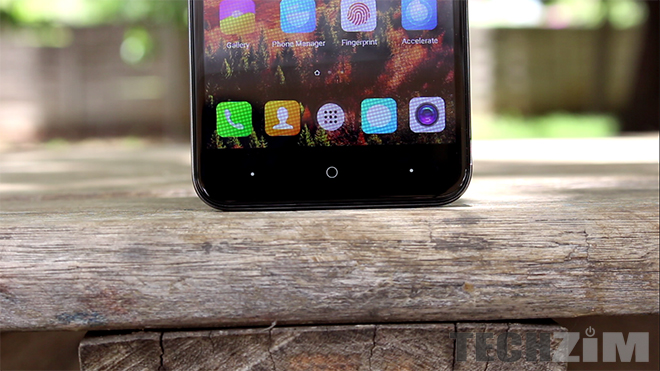 Number 2. the keys are not back-lit and thus its a hit and miss affair in poorly lit environments.

The top of the device is home to the 3.5mm headphone jack. The left side is completely bare. The right side has the volume rocker and the lightly textured power button. The bottom has the primary mic, the USB port and the loudspeaker.

The back is plastic with a faux brushed aluminium finish which is very immune to fingerprints. There is also a black strip with a silver accent right at the top which is not so immune to them fingerprints. 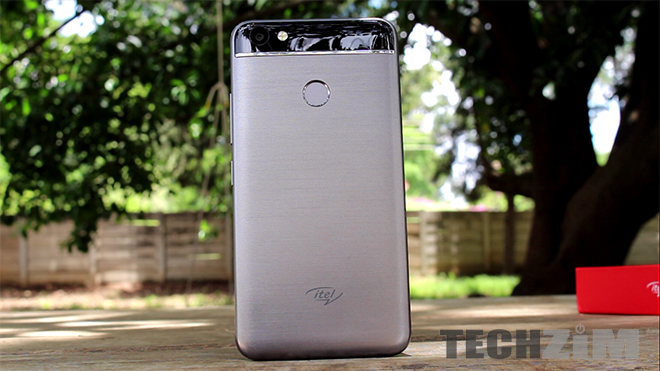 This black strip is also were the 8MP rear camera is located accompanied by a dual LED flash. Below it is a fingerprint scanner which again is not common in this price range.

The whole back is removable giving you access to a 3000mAh removable battery, 2 sim slots and a micro SD slot as well. 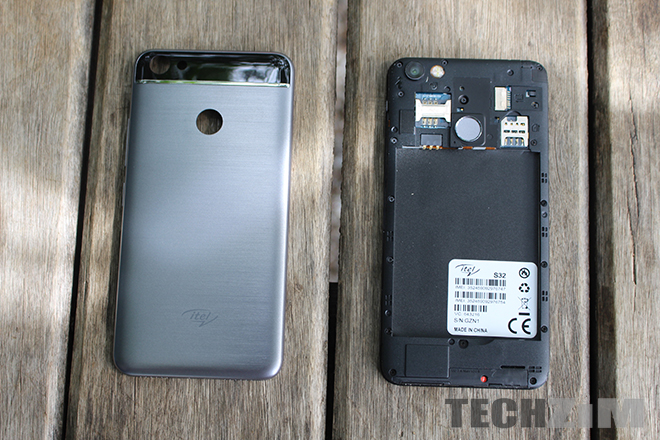 Let’s start with the rear camera. Its not going to knock your socks off with some superior imaging skills but this 8MP is no slouch either. Give it some healthy lighting and you can easily snap some very pleasing photos. the photography experience is even complete with with a manual mode to milk the most out of your photos. 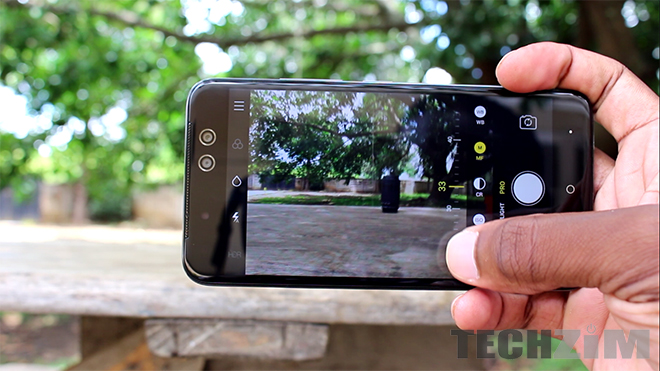 The photos do suffer a big hit on dynamic range when taking a mix of very bright and very dark scenery. Either the bright parts are well exposed with the shadows almost pitch black or the shadows look good but the highlights look like solar flares.

Low light is definitely a problem because in trying to brighten things up it increases ISO and lengthens the shutter speed. This makes the pictures pretty grainy and also blurry if you are taking a photo of anything that is not perfectly still.

The Flash does help a lot with the grainy part but does introduce the slightest blue tint to the pictures. You also get a pro mode with a couple of manual setting like manual focus, shutter speed, iso, exposure and white balance. 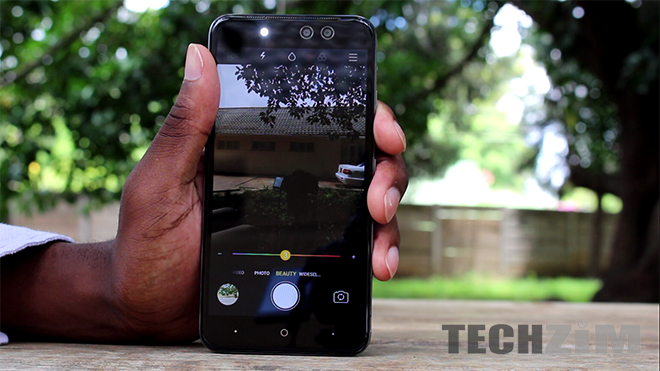 The selfie cameras again suffers from poor lighting to the same extent too. The normal mode is a mere 2MP which makes it more of a gimmick than an actual usable camera. It is too much of a low resolution to work with and detail suffers quite a bit.

The wide angle 8MP camera come to rescue the day and it does so with about 4 times more pixels to work with. Give it some healthy lighting and the selfies you can pull off are pretty amazing. The face beautify does throw in a warm tone to the picture which is pleasing to look at. Its not accurate color though but i’m not complaining.

Starting off with the loudspeaker you get pretty respectable volume levels. For the most part the audio is pretty balanced overall. There is a slight hint of distortion especially in the mids were some high pitched tones tend to overshadow the mids a bit. Bass is just enough and we  would have loved a little bit more. 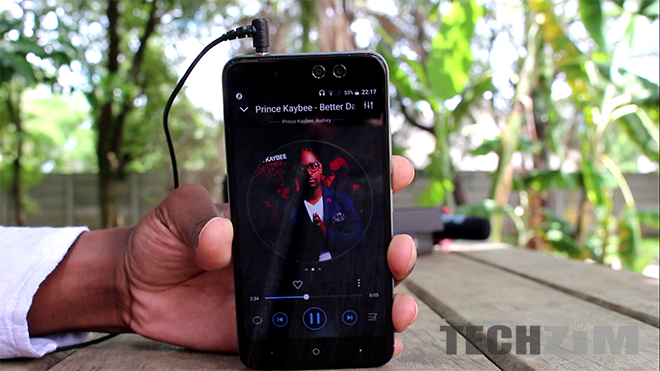 Connect a pair of headphones and the experience is surprisingly present. Distortion drops drastically to provide a pretty clean audio experience.

If I were to start nitpicking it would be my personal preference of just a bit more volume and yes you guessed it, a bit more bass. Overall audio performance is surprisingly good.

The Itel is a dual sim device with sim 1 being a micro sim slot and sim 2 a full sized macro sim. It supports GSM up to 3G with no support for CDMA or LTE. The plus side is that you don’t have to choose between a second sim and storage expansion. 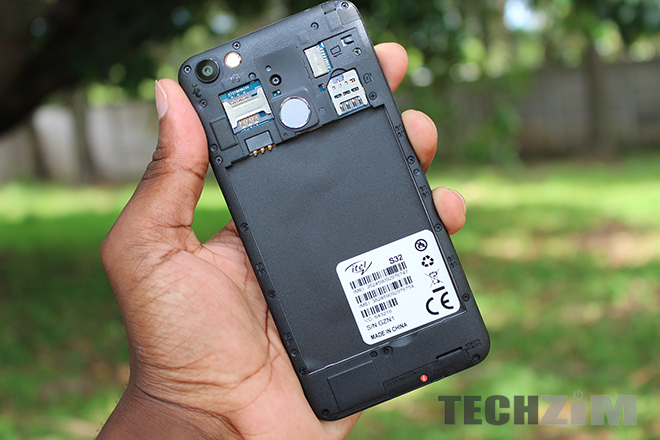 It has been quite a while since we reviewed a smartphone with a removable battery it really brought back fond memories. The battery is a 3000mAh unit capable of keeping the device alive for just about a day of average usage. 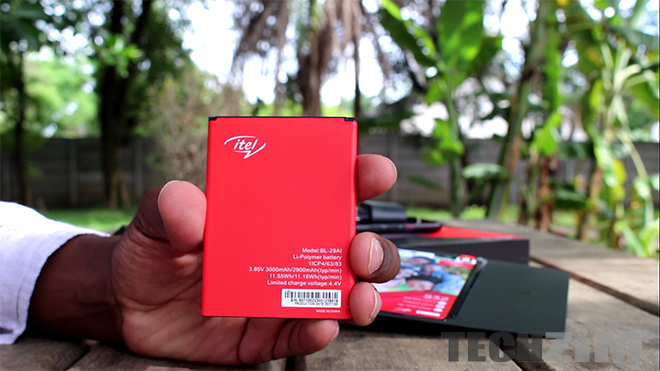 Of course we put it through our multimedia torture test and it got a 52% dent on battery after an hour each of video streaming, video recording and gaming. Yes its a bit of a drinker which could be as a result of the vast display size.

Topping it up takes quite a while especially if you do not use the supplied charger with charging via a laptop being the only other option that charges relatively quickly.

Performance is pretty entry level. You have a 1.3GHz quad core Mediatek MT6580 CPU backed up by 1GB of RAM. Internal storage is 16GB with about 10 of that available to the user. It is running Android 7.0 Nougat out of the box with a very colorful skin ontop 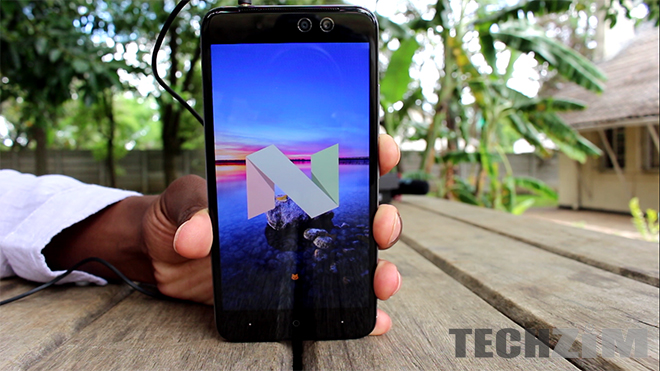 Navigation of the UI it satisfyingly smooth and fluid but the limited RAM shows its dark side when you try to open an app. The media apps like the camera, gallery and music player do take their sweet time to open which can be annoying at times.

The benchmark scores also preach the same gospel confirming that this phone is not for a power user. The performance is for the casual user who is interested in a phone that just covers the bare smartphone basics.

Comes with a feature that disable the touch feature if it detects that it was unintentionally unlocked. It also comes with a Carl Care 12 month warranty just in case an unfortunate event occurs and you need a repair or diagnosis.

– Cameras could use some work especially in poor lighting

– Battery life could have been better given the hardware

– Charging is quite a long process

Anyone know the Huawei-Honor relationship? For all those that do not know, Honor is a branch of Huawei that turns it down a notch on the premium materials that are on the Huawei devices. Internals remain for the most part unchanged thus offering the same performance of a Huawei smartphone but at a much less trouser troubling price.

Itel here is the Honor of Tecno and throughout the S32 you can sense some relation to the Tecno W5. Itel might be a new brand in the streets of Zimbabwe and some of you might wondering were to place it on your list of familiar brands. Hope you have a bit of an idea now. 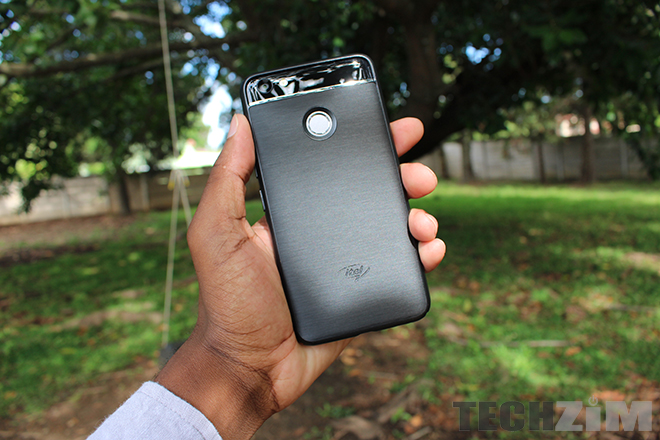 The Itel S32 is a midrange smartphone with entry level performance. It has some proper hits but also a fair share of misses. But one thing is for certain, the $197 price point is a seriously tempting offer. Thinking of getting one, you can visit Zack’s Electronics.

8 thoughts on “Itel S32 Is The Impressive Budget Smartphone You Have Never Heard Of!”