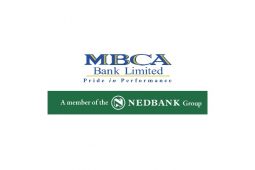 Back in 2014 MBCA Bank announced that it would be changing its name as part of a rebranding initiative. The rebranding has been confirmed to be underway though there hasn’t been a definite timeline given as to when the rebranding will end.

MBCA will adopt its parent’s name and will be known as Nedbank Zimbabwe. Nedbank (The fourth largest South African bank by market capitalisation and customer numbers) owns a 74% stake in MBCA. Other stakeholders include Old Mutual which owns an 18.30% stake in along with Medio de Credito Finanziaio (Italy) and Rothschild as offshore partners who own 3.25 and 1.05 percent shareholding respectively. Employees also own 0.66%, through a share ownership trust.

The reason behind the rebranding is probably to spur growth as the Nedbank brand is more recognisable. The move makes sense as most people were not even aware that MBCA is owned by Nedbank. I think this change will raise awareness and entice a few customers to the bank. Once the rebranding scheme is over I expect a few people to flock to the service because mazimbo toda zvinhu (we are enticed by new things).

In late 2017 MBCA partnered with Ecocash, to become one of 10 banks that offer Ecocash Wallet services. The deal enabled MBCA customers to take advantage of Ecocash services including utility and other bill payments and an assortment of merchant payment services as well as individual funds transfers and airtime credit payments.

MBCA Bank was Zimbabwe’s first merchant bank incorporated in 1956 as the Merchant Bank of Central Africa. It was then converted into a fully-fledged commercial bank and adopted the name MBCA Bank in 2004.