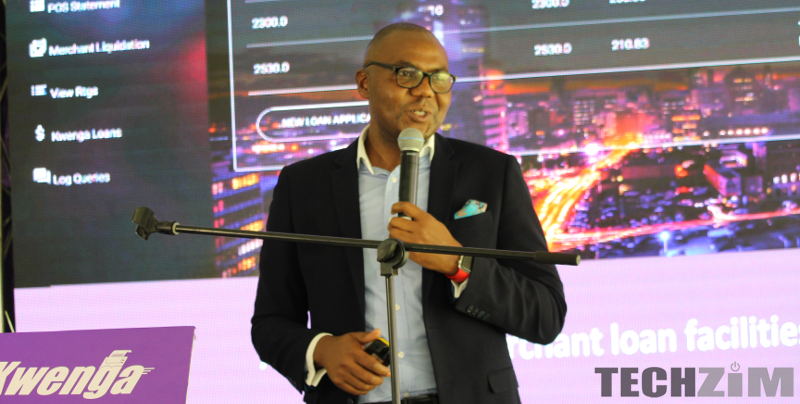 We were in attendance when Steward Bank launched Kwenga, an affordable and portable Point of Sale (POS) machine crafted especially for small businesses.

There actually are two Kwenga machines, one requires the user to have a smartphone and costs a mere $35. The Kwenga device and the smartphone then connect via Bluetooth. Most Zimbabweans, in the urban areas at least, have smartphones, that Android phone of yours qualifies, so that’s not really a problem.

The larger Kwenga device costs $200 and does not require the user to have a smartphone.

Up to five people can share a device meaning a user might only have to fork out $7 for the cheaper device if they join forces with others.

Events after the launch

It was then no surprise when all over the internet praises were showered Steward Bank’s way after the launch. Kwenga is a very good product. So much was the interest however that people wanted the product that very day.

People started calling Steward Bank to find out where they could purchase their own Kwengas. People from all over the country wanted to jump on this innovation.

Those who did call were left a bit disappointed. Not only were they told that the Kwenga machines were not yet available, there was no definite date given for when that would be. What made it all worse was that the Steward Bank employees themselves did not seem to know much about the product.

This was confusing for people because at the launch Steward Bank explicitly said the products were being launched that day, not that they were coming. The impression was that one could get one for themselves not that they should be on the lookout for the products.

So Zimbabweans being Zimbabweans, they took to social media to voice their concerns over the launched-but-not-really-launched Kwenga. Now these were people who had gotten their interest roused only to have their hope dashed and so they were not kind in their predictions and proclamations.

Some people mentioned the system challenges Steward Bank has faced in the past and wondered if they had been fixed well enough for the system to cope with the increased demand Kwenga would no doubt bring. Valid concerns if you ask me.

People have a tendency to be overly sensational on social media so it’s difficult to know exactly what people think. We talked to a few people, a small sample not representative of the whole of Zimbabwe, and the sentiment was made clear – they were not too impressed. The products were good but they were questioning whether Steward Bank could actually deliver.

Some people in places like Masvingo were claiming that they were told at Steward Bank branches they would have to travel to Harare get a Kwenga of their own. Today some are saying they were told the device would be ready in four to five days but they haven’t gotten anything yet. At this point it has become harder and harder to tell what is true and what is fake news.

I reiterate that some of the concerns were legitimate but this whole situation came from people being given time to stew over the products before they could purchase or try them out themselves. Had the products been available at launch, some of the negativity could have been avoided.

It can be said that in some way Steward Bank stole its own thunder. The hype they were supposed to tap into began to die down before they could capitalize on it. One wonders what would have happened if they had waited, say one more week, trained their employees and launched a product that was available to purchase at launch.

Do not get me wrong good people. The Kwenga products themselves are good products, it is one of those ideas that sounds so obvious when you hear it you wonder why no one thought of it before. It is that good as an innovation. (Some banks actually had such an idea pitched to them in the past but lack of foresight saw the idea disregarded.)

It is the launch that could have been done better because as you know, launches can make or break products in some cases. The folks over at Steward Bank are progressive thinkers and were probably too eager to launch, a trait not uncommon with forward thinkers. That’s not to say Kwenga is doomed though.

I think Kwenga will succeed and we might even get some of the other banks launch their own low cost POS machines. I guess Steward Bank were intent on being first to market with such a product they rushed just a little bit. I do not think any of the other banks are anywhere close to launching their own version, I doubt they were even thinking along those lines. Steward Bank could have waited.

What do you think about all this? If you applied for your own, have you received your device yet? If not what were you told about the delay and when can you expect to get the device?

16 thoughts on “Did Steward Bank Rush The Launch Of Kwenga?”