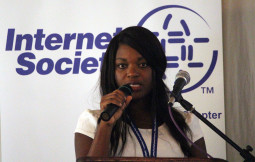 Of course without electricity, there would be no internet technology to talk about. Granted. However, if we use the economist’s favourite term and hold everything constant, the internet has changed things by a far bigger magnitude than electricity if the two technologies were independent of each other.

The Zimbabwean chapter of the Internet Society (ISOC) is giving you opportunity to be part of the conversation around how to harness the power of the internet to build communities, businesses and expand the resiliency of the human race. This is an important conversation because without deliberate efforts the internet can be a big threat to civilization as we know it.

ISOC Zimbabwe chapter is holding a conference called Digital Zimbabwe 2018: Getting Ready For The 4th Industrial Revolution. This event will be held on Thursday 22 February 2018 from 0830 to 1600 at B2C Co-working space, Batanai Gardens in Harare. You have to be there.

Let me just give a few examples of how the internet has changed things so far before I talk about the topical issues that are gonna transform the world even further and that will be scary if we are not deliberate. Here’s where we are so far:

The internet made information ubiquitous. Our school systems have not caught up to this reality yet but as connectivity increases schooling will change from an attempt to teach information because anyone at any time can get the information they need for their very current needs. Knowledge itself has been uberfied.

Social media came with its own language. SMH, LOL, #… These may seem so subtle but imagine someone who lived in the 70’s suddenly coming across twitter. They will not be able to wrap their head around the speak there. Besides the language, the internet has made the mobile phone the platform for all social interaction really. Have you ever been in a room with three other people and you are all ignoring each other and paying attention to your mobile screens.

Now, what are some of the crazy developments that are giving rise to the 4th industrial revolution?

We once wrote a really simple to understand article on what these terms mean. Right now all I can say is machines are getting smarter everyday and already the Terminator Skynet doomsday prophecies do not seem unrealistic at all. When you see some of the world’s most known billionaires teaming up to stop the misuse of developments in artificial intelligence, you realise how big a deal this is.

Already some of us have lost money through cryptocurrencies. There are also issues to do with the usefulness of cryptos in organised crime and terrorism. With all this gloom there is the big opportunity of decentralised monetary systems and infallible registry systems due to blockchain technology.

When I read George Orwell’s 1984 last year, I was surprised how a guy who died in the 1950’s imagined a world that has only come to be right now. A world of being tracked by technology. Computers are very powerful and they can process large amounts of data allowing patterns to be observable. This is useful in planning and business but this is also very worrying as it commoditises human beings.

All these and more are problems and opportunities in the 4th industrial revolution. They are even bigger problems when you consider that without making the internet accessible to everyone some will be left behind and be left behind for good. Issues to do with universal design and accessibility of the internet to people with disabilities have to be tackled head on.

We need to map out the skills that people will need to have in the near future given that most of these things that people acquired degrees for will be handled by computers more efficiently and effectively.

I hope I have whet your appetite enough to join the Internet Society in Zimbabwe on Thursday as they discuss some of these issues. All you need to do is show up. No admission fee. They will feed you for the whole day…

The event will have policy makers, entrepreneurs, business execs, activists, media people, academics and random folks attending. You will fit right in. See you there…

6 thoughts on “Whether You See It As A Threat Or An Opportunity, The Internet Is Here To Stay. You Better Be Part Of How It’s Gonna Look Tomorrow”