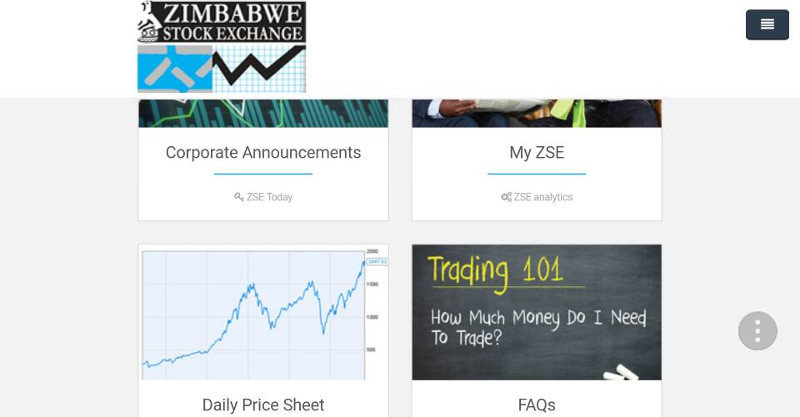 The Zimbabwe Stock Exchange (ZSE) has refreshed its website. They have gone for a more modern design which is easier to navigate.

Upon visiting the site, one is welcomed by four large tabs. The tabs are clearly labeled; Corporate Announcements, My ZSE (Analytics,) Daily Price Sheet and FAQS (Frequently Asked Questions.)

The information provided once one clicks on those tabs is more or less the same as it was before. It is just easier to get to, especially the analytics information.

Clicking on the Daily Price Sheet tab however, one is advised that they will have to pay for that information. This information was free before.

Looking from the outside in, this doesn’t seem like a viable revenue source for the ZSE. It has been a running joke just how ineffectual the official ZSE website is and so it is hardly used. From the outside looking in, it looks like the ZSE is scrounging for scraps here.

In recent years as Zimbabweans have warmed up to capital markets the number of people looking for that information must have increased though. When one also considers the events that transpired in November 2017 in this country and how foreigners have been active on the ZSE, such information must be in higher demand than before.

Right now the ZSE is not performing too well. Since the turn of the year, market capitalization has fallen to around $8.6 billion from just under $10 billion. However, analysts expect that there will be increased activity after the elections as most investors have adopted a wait and see attitude.

As investors, both domestic and foreign, wait to see which direction the nation takes they however are monitoring the ZSE. The ZSE realized they have a monopoly on certain information on the listed counters and as such would make sure they got something for that information. So it may seem like they are scrounging for scraps but it kind of is a smart decision.

What it is not smart however is the rush in refreshing the ZSE website. A lot of tabs are broken, some information is missing (a good portion of market commentary is nowhere to be found for example), the pages are misaligned and the scrolling is janky. Some text is supersized and some graphs have no labels, which defeats the purpose of the graphs. 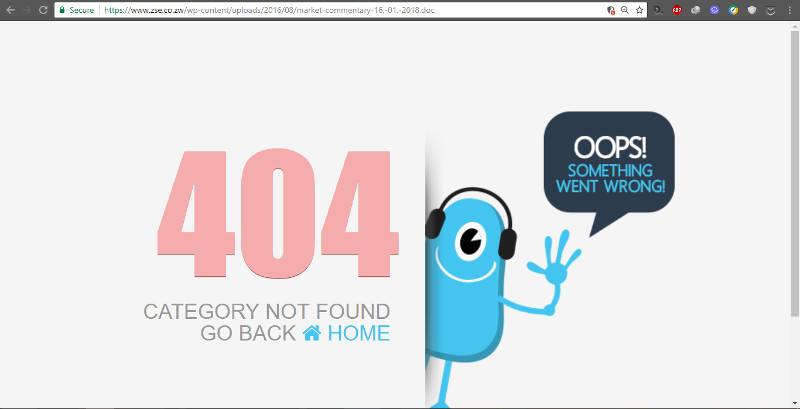 A lot more is wrong on this website, lack of API integration support being a big one. This feature allows third-party websites to extract and analyse data. This might be by design though and not oversight. That information has to be subscribed for now. Maybe such third-party websites will be required to subscribe for that priviledge in the future.

One assumes work on the site is ongoing but it never should have been released to the public in its current state. What is frustrating is that this is not the first time the ZSE has gotten it wrong when it comes to its website.

Back in 2011 the ZSE website was hacked and it stayed down for about two years. The experts we talked to say this was down to the ZSE’s choice of website vendor. After that hacking, the ZSE engaged Big Law as website and data vendor and we all applauded the move. That deal technically involved the ZSE’s content being displayed on Big Law’s website. That union did not last too long though.

After firing Big Data, the ZSE went on to invite website vendor applications in 2016. A new website was launched which to be frank was inferior to the Big Law one. It is that website which has been refreshed/replaced/upgraded. It is not clear if it is the same website vendor responsible for both.

In late December 2017 the ZSE website was hacked again except that time it was their host which was hacked. It was after that hacking that we noticed some market commentary information missing. One could also wonder if the choice of website host needs to be revised too.

I think the ZSE is placing too much weight on the strength it has emanating from having a monopoly on some information on listed companies. They are not too worried about the experience for visitors to their site as evidenced by their website vendor decisions. They figure you will come anyway as they are the sole source of that information. It is quite a dangerous position they have taken.