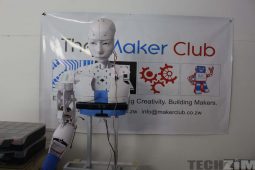 As we move into the digital age a lot of uncertainty has begun building up. People are having sleepless nights trying to predict if their current jobs will be relevant in the next 5 years.

On Techzim we’ve had a number of articles questioning the value of the education system in Zimbabwe and it seems there is a genuine risk of being left in the dust even more than we are already. For parents, the uncertainty is worse because there is a constant worry as to whether you have equipped your children with skills that are relevant in this new age.

Enter The Maker Club: a dedicated space that offers children between ages 5-17 an opportunity to get to work on projects that they continuously modify. Their goal is to inspire young people (or makers as they like to call them) to move from being consumers to being creators of technology.

We visited The Maker Club and I was beyond impressed by what they are doing.

Creativity is the key!

The first stage of the program was described to me as the fabrication stage. At this stage children in the program are being taught that it is okay to express their creative ideas and how they can actually solve problems from an early age. Unfortunately, the education system as currently implemented emphasises uniformity and this is a huge blow to creativity.

The patrons at The Maker, Prisca and Simbarashe Mufunde feel that it is easier to encourage and probe creativity at a younger age which is why the program is specifically for children between 5-17 years of age. The program helps kids realise that they are the ones who are responsible for making solutions to problems they face. The emphasis on using the information that kids have to make something productive out of it really sets The Maker Club apart and frankly speaking, seeing what they are doing left me in awe.

The domino effect: everything is connected

The programs the children learn are all interconnected in a manner that makes the program feel like one massive project where everything you get to learn enables you to work on the next thing. Once kids get to learn about robotics, they implement what they learnt in electronics to help them in the creation of their robots. After robotics kids get to learn programming which they can use to command the robots they are working on. Oh and the part that absolutely blew my mind: the kids also get trained in design and 3D printing!

I mean, do you know anyone else who is using 3D printers in the country? Probably not, and if you do I’m 99% convinced it’s not to train kids under 18. The Maker Club not only teaches kids to 3D print objects and toys they can incorporate in their projects but kids get to be trained on how to actually design their own toys before 3D printing them. What I loved about what these kids get to do is the fact that everything is so relevant and the kids are being trained to use technology that is trending right now. Being there it just dawned on me that the kids going through this program don’t have to play catch up with anyone in other parts of the world as they are already equipping themselves with what is considered vital knowledge in this day and age.

There was a robot we got to demo called Hwiza, and Hwiza has 3 sensors: ultrasonic sensors to measure the distance between it and objects, a sound sensor for interaction via sound and an infrared sensor that can actually detect bodies. The kids are challenged to write programs that enable Hwiza to go through a maze and complete other tasks. 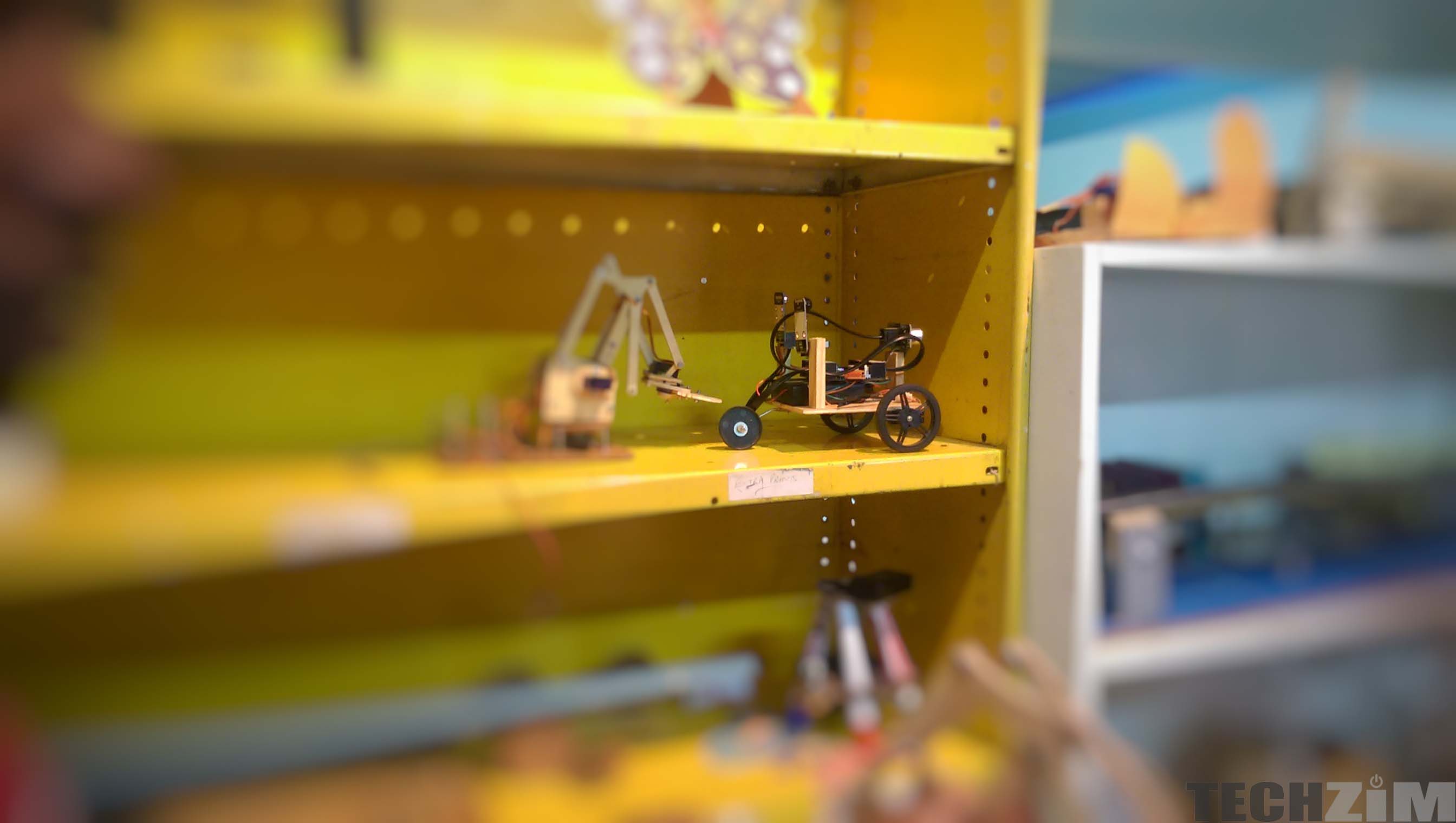 In an article asking whether Jonathan Moyo’s STEM program was a failure, I talked about how the government should aim to develop students that are well rounded and not just specialists in isolation. Well, The Maker Club is one of the organisations that intends to make children more creative and rounded. You already know of the STEM program but what about STEAM (Science, Technology, Engineering, Art/Design and Mathematics)? This is the type of program I was advocating for and the fact that they start with the children at an early age only means the children get to know themselves and the areas they excel in much earlier and are better off as a consequence.

The Maker Club Will Host Free Workshops At HIFA

The Maker Club is going to have a HIFA showcase from the 1st to the 6th of May where they will be having one workshop on each of these days so for parents with the kids who can join the club (5-17years) ,I think this is something you should definitely check out.

The workshops will also be free of charge so you can go and let this be a trial phase for your kid before deciding whether or not to commit on a more permanent basis. If I had a kid, I would definitely sign them for the program because I am yet to see what these guys are doing anywhere else.

For those interested in signing their kids up for April holiday Maker Workshops, there will be two separate workshops for kids aged 5-12 and for teens and the dates will be as follows:

You can also check out their website here, their Facebook page here or email them at info@makerclub.co.zw

[UPDATE]: We had forgotten to post the pricing in our excitement to bring this program to your knowledge:

15 thoughts on “An Ordinary Zim Couple Is Teaching Kids To Build Robots And Cities, Your Child MUST Enroll”