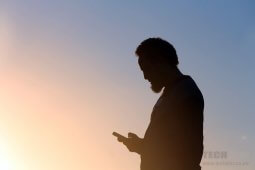 The rate of technological change is accelerating. We can attribute this to Moore’s Law which is the doubling of computer processing speed every 18 months. For most of humanity’s existence, humans would die in a world that looked the same as the one in which they were born in. Right now, we will die in a world that is significantly different from the world into which we were born.

The World Economic Forum acknowledged this in its Future of Jobs report, we’re entering a fourth industrial revolution:

Developments in previously disjointed fields such as artificial intelligence and machine learning, robotics, nanotechnology, 3D printing and genetics and biotechnology are all building on and amplifying one another . . . On average, by 2020, more than a third of the desired core skill sets of most occupations will be comprised of skills that are not yet considered crucial to the job today.

Think about how much things have changed in the past 20 years. From mobile phones, social media, cars, education, etc. then try to imagine how vastly different things will be in 2021, or even 2100.

The key for Zimbabwe to surviving this new industrial revolution is leading it. This will require several key elements: the right legal foundation for businesses, awareness of this change by government, a massive investment by public and private enterprises to develop talent that can make most of this change happen. 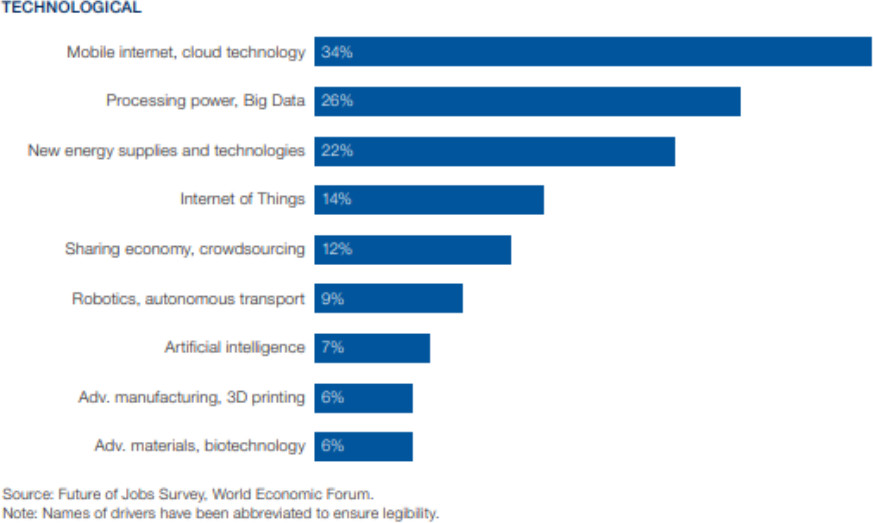 With so many technologies emerging, it can be difficult keeping up. It can be painful being on the bleeding edge of technology because technology also tends to die just as fast as it is born. Think of Blackberry, at one point they were the most advanced smart phone on the market but within a 5-year period, Android and Apple took over.

Combining a report by The McKinsey Global Institute and knowledge of Southernsoft Technology’s Chief Technology Officer (CTO), we’ve compiled a list of 14 technologies that will lead the fourth industrial revolution. As the Institute notes,

Not every emerging technology will alter the business or social landscape – but some truly do have the potential to disrupt the status quo, alter the way people live and work, and rearrange value pools.”

14 technologies that will transform the global economy by 2025

1. Energy
Solar power, which relies on nanotechnology, will be cheap enough and powerful enough to power the entire world within 20 years, says Kurzweil.

2. Transportation
Electric and autonomous vehicles will become mainstream. Think of how Tesla has changed the game and forced other car manufacturers to start manufacturing electric cars.

3. Neuroscience
Projects to reverse-engineer the brain will construct a full, synthetic model by 2029, says Kurzweil, giving us greater insight into how the brain thinks.

4. Genetics
Within 10 years we will all have digital copies of our genome, leading to medical therapies that are personalized to our individual genetic makeup. Genetic engineering technology will grow with faster computer processing speeds. DNA sequencing technologies and advanced analytics will improve agricultural production, reduce reliance on fossil fuels and extend human life expectancy.

5. Nanotechnology
As robots get smaller and smaller, we will be able to insert them into our bodies to repair damaged or aging tissue.

7. Artificial Intelligence
Machine learning and user interfaces such as speech and gesture recognition technology will advance to increase productivity or eliminate some knowledge work altogether.

8. Virtual and Augmented Reality
Goldman Sachs is betting on the virtual and augmented reality industry to become an $80 billion market by 2025 – it’s around $7 billion right now. Major upgrades will come to technology infrastructure and an ecosystem of apps will form for consumers and enterprises alike.

9. Cloud technology
One of the biggest buzzwords of the last decade will continue to impact the next. Nearly all IT services and web apps could be delivered through the cloud with more enterprises using the public cloud as cyber security improves.

10. Internet of Things
More than 9 billion devices are currently connected to the internet – that number is estimated to grow between 50 billion to nearly 1 trillion in the next decade. Organizations will be monitoring and securing products, systems, devices and even people.

11. Advanced Robotics
Advances in artificial intelligence, machine vision, sensors, motors, hydraulics and materials will change the way products and services are delivered. A surge in tech talent for building, operating and maintaining advanced robots will occur.

12. Biometric Technology
A recent survey of security professionals revealed that 72 percent of companies are planning to drop traditional passwords by 2025. This will give rise to new authorization services for face, voice, eye, hand and signature identification.

13. 3D Printing
3D printing could enable unprecedented levels of mass customization and dramatically reduce the cost of supply chains generating an estimated economic impact of $230 to $550 billion annually by 2025.

14. Blockchain
Blockchain is best known in the context of virtual currency particularly bitcoin, but a recent report showed 64 different use cases of blockchain across 200 companies. Streamlined, secure contracting and transacting will drive commercial use.

The impact of technological, demographic and socioeconomic disruptions on business models will be felt in transformations to the employment landscape and skills requirements, resulting in substantial challenges for recruiting, training and managing talent. Not anticipating and addressing such issues in a timely manner over the coming years may come at an enormous economic and social cost for businesses, individuals and economies and societies as a whole.

Governments in developing countries have a tremendous opportunity to develop a workforce that can offer services for these new industries. Human Capital will become the country’s most important asset.

The McKinsey report includes a few suggestions to prepare for those challenges, emphasizing anticipating future needs through employee training:

The nature of work will continue to change, and that will require strong education and retraining programs.

Countries need to rethink their education systems. Zimbabwe’s education system was based on a colonial education system. We were taught to value the Arts and Humanities more than Science, Technology, Engineering and Math (STEM). Zimbabwe has done a great job at building Universities across the country; however, we need to focus more on STEM fields.

There are shortages of Tech talent around the globe. We can probably attribute this to the current global education system. Dubai is one of the few countries that has recognized this, and they have now made coding mandatory in both Primary and Secondary Schooling. Teaching Woodwork and Metalwork will no longer cut it. We now must teach students how to use 3-D CNC Lasers to create furniture and aircraft parts by first designing it using CAD then producing it using the CNC machines.

Source: World Economic Forum Report on The Future of Jobs

2 thoughts on “The World We Will Die In Is Totally Different From The One We Were Born Into, That Is The 4th Industrial Revolution”