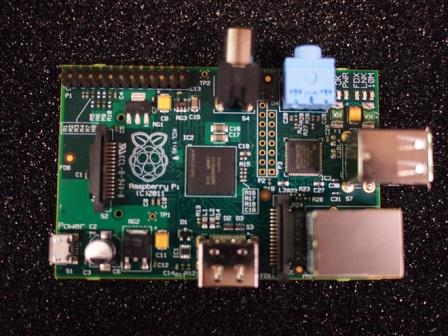 A few weeks ago I was at the Zimbo Py Workshop. As I was talking to some of the mentors at the event it became clear that obtaining Raspberry Pi units locally is an exercise in futility. The mentors at the event said they end up resorting to getting relatives/friends from outside the country to bring in units for them.

As you can probably see, this is not really a viable solution to the problem because at the end of the day if you do not have a relative abroad you cannot get your hands on these simple computing devices. It’s almost ridiculous, but I’ll vent about that on another day.

Right now let’s talk about the good news. You may have heard of Netro Electronics. If not, Netro is a company that’s selling the Raspberry Pi units at an affordable price in order to help make the devices easily accessible, be it to students or anyone who has an interest in these type of things.

Obviously compared to buying from outside the price listed for the Raspberry Pi is a bit higher but this was always going to be the case when you factor in duty and markup. However the reason why this is an appealing deal is because you get to buy the units in bond notes, so there’s that. For example, the Raspberry Pi 3B unit is priced at $83 bucks and I don’t think that’s prohibitively expensive or expensive at all.

They also sell other components including:

…and many other things.

Ok, so now you may be thinking of dropping by and checking out what they have. If that’s the case Netro Electronics is situated at Jona City on the 12th floor. They have another shop in Bulawayo and that’s at .

The reason they have a presence in universities is because they realised how difficult it was for university students to do their final year projects due to the lack of components.

In Netro’s own words:

Some students lack the knowledge of the existing technology which

they can use to build practical projects. Therefore, access to necessary learning equipment

has been a menacing challenge. As such we are trying to cover the whole country through

online services and delivery to customers’ doorstep. We have also decided not only to

supply components but also to give assistance, thus we introduced tutorials and project

If you have been struggling to get a Raspberry Pi it might be worth checking visiting a Netro store, or checking out their Facebook page…

3 thoughts on “If You’re Interested In Buying The “Hard-To-Get” Raspberry Pi, Netro Electronics Is Where You Can Get It”