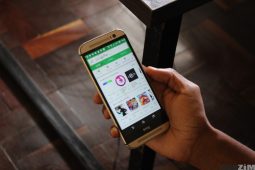 Local developers who had paid apps (or apps with paid features) on the Play Store, had been living on edge as their apps had payment methods that were not in line with Google’s payment service. It seems like there might be light at the end of that tunnel as Developers in Zimbabwe can now publish paid apps.

What exactly has changed?

Until now, local developers could not upload paid apps onto Google’s Play Store. They had to rely on free apps with pay-to-unlock features but as highlighted above that was not without controversy. With those restrictions, removed developers can now upload paid apps and also add in-app features without risking penalties from Google.

There are still some hurdles

On the Google Play Console page, there’s a list of which countries can have paid apps and which ones don’t. In this list, Zimbabwe’s default payment currency is listed as USD. This means for developers who are developing applications with local use in mind there are still problems due to the prevailing cash crisis and the fact that the Bonds note are easier to get than USD’s now. To make payments going out of Zimbabwe you still need to prefund the card you’ll be using with USDs.

Ok, so you may be asking ‘Why is the payment going out of the country when the developer is local?’ Well at the end of the day Google gets 30% for each transaction made on the Play Store, and because of this money will be leaving the country at some stage.

Anyway, if an app is specifically targeted to someone living in Zimbabwe there are still problems because local payment methods are not integrated with Google Play’s payment service. This means that Zimswitch or mobile money services will (for now) not be used to make these payments. We will be reaching out to local developers to better understand how this will directly affect them.

There are immediate term benefits

For local developers who are making apps that are not specific to Zimbabwe, there will be immediate benefits because your app will cater for people who are not facing the cash crisis we have locally. For example, if a developer works on a fitness app they will be able to sell it to someone in other countries without any problems.

Light at the end of the tunnel…

Like I pointed out at the beginning of this article there is light at the end of the tunnel but right now we are still in the tunnel. One reason to be optimistic is the fact that first of all Google has actually opened up this feature to Zimbabwean developers.

Lastly, a few weeks ago, Google Play began allowing Kenyans to pay for content on the Play Store through M-Pesa, which is Kenya’s largest mobile money service. Could something similar be headed our way? Let’s wait and see…