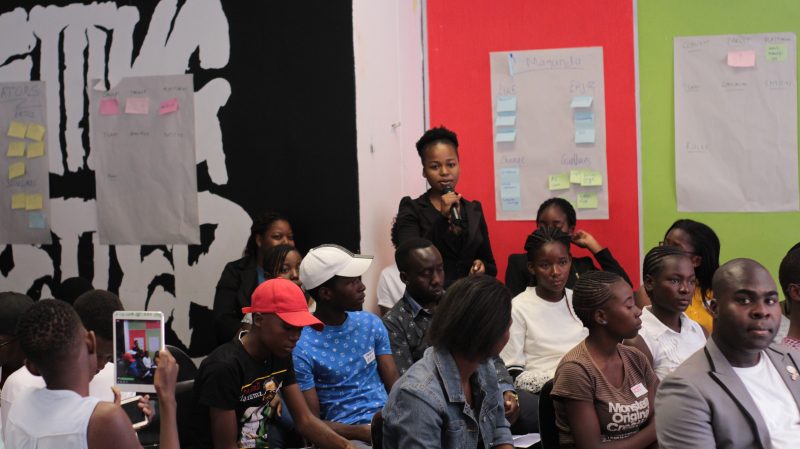 When we talk about gaming in Africa and Zimbabwe especially, I’m sure we can all agree that the attitude our country has adopted towards gaming has to change. We talk about lack of employment opportunities but we are not willing to branch out into other careers. A perfect example of an industry that is brimming with opportunity but we are yet to participate in is gaming.

Other countries in Africa have realised that there is a lot to be made and they have already started making strides to develop their gaming industries and to foster a gaming culture. A few weeks ago we talked about a competitive gaming tournament hosted in Kenya where the winner walked away with a $10 000 cash prize.

When I got an invite to STEAM Africa’s Game Development workshop I was really stoked because these are the necessary steps we need to be making. Nduna Girls partnered with Leti Arts – a Ghanaian game studio- to make this event happen and the workshop was open to people between ages 12-25.

The turnout was quite impressive and not before long we were being taken through Eyram Taiwa’s (from Leti Arts) journey in the gaming industry. He walked us through his own personal history and how he entered the game industry and also a brief but interesting history of the African gaming industry. I bet you didn’t know that Mxit made an attempt to enter the gaming industry in 2003 but failed. If you did know big-up’ to you!

It’s not as daunting as it seems

On the surface, game development may seem like a herculean task and many will be discouraged before they even attempt because they feel like they won’t stack up. Eyram rubbished that kind of thinking and emphasised the importance of teamwork in game development. He gave examples of the many roles that are necessary to make a game. You don’t necessarily need to know physics because you can always part of the writing team, or a sound producer or a character designer. There are many roles to be filled and it’s all about choosing where you fit into that equation.

Eyram also took us through some of the processes game development studios have to go through. We were split into groups and in our groups we were taught how game creators come up with game worlds.

Taiwa gave an interesting analogy where he likened game developers to God. Before you lose your minds and call for his head let me explain. God got to create the world and all that’s in it and similarly, game creators create the ‘game world’ and the characters that inhabit this world. All their abilities are also defined by the creator of the game.

In our groups, we got to make Game Concept Documents (GCD) that inform the structure of the game that we were developing. During this process one group member took on the role of a consumer and the consumer would answer some questions which inform the rest of the group – the game creators- on which game to create for this consumer.

Once the GCD was compiled, the groups would go onto create a Game Design Document (GDD). This document would contain other elements in the game design process including the previous concept, to the target audience, and the game mechanics among many other things. It was a really insightful experience on how games get to be made from top to bottom.

We need to start telling our own stories…

As African’s we tend to consume stories about ourselves from western publications (I’m guilty of this too) and this is one of those things we need to address urgently. We need to take the mantle and change the image that has been created and the only way we can do that is if we take control of entertainment mediums and better tell our own stories.

Leti Arts has been doing this and they tell the African story by incorporating African heroes in their storytelling and game world.

Also, check out this cool place to get African comic books

If you’re a fan of comics you might want to check out the Afrocomics app. Eyram explained that this platform was designed to bring works of different studios in order to make it easier to find their work.

It’s great that we can have workshops such as these to capture the imagination of the girls/guys still in school and get them to understand that these mediums of creation are not rocket science and they can also be used as a platform to make a good living. This was the first event of such a nature hosted by Nduna Girls and hopefully, they can do such a thing on a yearly basis at least. Oh and hopefully this can be turned into a week-long event where those interested really get a chance to build something together.

Overall, Kudos to Nduna Girls and Leti Arts… Keep up the good work!

One thought on “The STEAM Africa Game Development Workshop Was A Great Experience! Hopefully There’s More To Come”