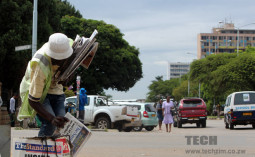 Back in March, we published a list of Zimbabwe’s most popular online news platforms and the list released in March contained statistics from February. We promised that the list would be continuously updated going forward and we are back with the statistics from the month of March.

The list has different statistics that paint a clear picture on the followership of the 27 sites, covering their website viewership numbers as well as their followership on popular social media platforms, Facebook and Twitter.

Apart from being an interesting read, we also think the list will help inform readers/businesses on the sites on which to advertise their products and reach the widest number of heads locally. This list will be updated on a monthly basis and can be a useful resource to discover new content and also track how your favourites sites are performing.

We added a single site (zimbabwesituation.com) this time around but if we missed any news publication you can always tell us in the comments below and we will add them. Zimbabwe Situation came in and just made the top 10 causing some disruption.

The Daily News dropped 4 places from second to sixth. It’s a quite startling drop and it’s not exactly clear what is the reason behind one of the largest drop on this list.

Speaking of large drops, 263Chat dropped from 12th place to 17th. There’s some consolation to be gotten from the fact that their presence on Twitter is still a force to be reckoned with as they boast the second largest following on the social media platform.

Herald unaffected by pulling away from online

Herald recently dumbed down their online presence in a bid to stop other publications from stealing their content and to push more sales of the hard copies. The move does not seem to have affected their ranking as they remained the 3rd most popular online news publication. Though we did not agree with the move they made, it seems Herald is fine.

The numbers for Techzim and Pindula both grew but we will not be providing any analysis for that as these are both in-house publications. We will leave you guys to comment on what you think may have influenced the growth.

Overall: a drop in numbers

When we looked at the list more closely we noticed that the numbers for most publications actually fell. This is probably because in February there was still a lot of interest in news – following the ‘coup not coup’- and people were not yet tired of hearing just how open we (by we I mean Zim) are for business. That euphoria is probably slowing down now which is why most sites slowed down a bit.

See you in April!

In our efforts to make this list we tried to be as thorough as possible but if there are any sites that you are aware of that didn’t make the cut please notify us and we will continue to update the list. This month’s list now contains a previous ranking from the last time we released a list.

[For the sites that have N/A under Total Visits and Pages/Visit, similarweb.com could not produce the required statistics. We proceeded to rank these using their popularity on Facebook. We chose FB over Twitter because it is used more widely in Zimbabwe and for most if not all sites on this list, their Facebook following is far larger than the corresponding Twitter fan base.]