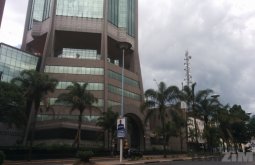 Some years ago I founded an EdTech (educational technology) startup. We had solutions for primary and secondary schools. The solution may have been not so good or maybe it was but that was not important because the roadblocks at schools that we wanted to sell the solution ensured we could not test that out even when offered for free.

At the schools we went I would meet fellow entrepreneurs selling all kinds of stuff: t-shirts, golf shirts, report booklets and even school buses! All these guys succeeded much more than we did and they were never asked (mostly) for any letter from the ministry of education permitting them to have business with schools. The opposite was true for us: we needed a letter from the ministry to give our product for free or even to demo it.

I had a relationship with the relevant director in the ministry but they would not pen such a letter because initially they said no such letter was needed, schools had authority to buy what they needed and more so the director said they believed in our solution. Later on policy then changed and the Permanent Secretary in the ministry had to approve any business to deal with schools.

Things got worse at that point. We failed to even get audience with the permanent secretary. I got reminded of this experience when the news broke that the Reserve Bank of Zimbabwe (RBZ) had outlawed the trading of cryptocurrencies.

How is my story similar to RBZ?

What I realised in my EdTech days was that a school head who did not understand technology (the greater number) would not want to talk to us. They would bring up letters of approval and such just to hide from having to consider something that was new to them and that made them feel ignorant. On the other hand the very few school heads who understood tech a little bit were quite keen to engage us and our sale success rate with them was above 80%.

The move by RBZ makes me feel that this lack of confidence in the face of a new technology motivates the ban more than anything else. How much has the central bank invested in understanding cryptocurrencies and the regulation challenges they pose? I would say not much because issuing a directive to ban is counter learning.

In markets like Mauritius, authorities are issuing sandbox licences for cryptocurrency businesses. These are licences that allow the authority to learn. Typically such a licence is issued with the full understanding that this is a new technology that has no regulative precedence yet.

The licence thus gives the licencee strict rules to abide by especially rules regarding the reporting of all activities. It is the reporting bit that then allows the regulator to learn the nuances to the new technology and how to craft regulation.

In fact sandbox licenses are used widely when there is a new technology on the horizon for example self driving cars.

It looks like what irked the suits in the glass building was the installation of a bitcoin ATM by Golix. The circular RBZ issued to banks specifically mentions the Golix ATM:

2. Our investigations have revealed that the major cryptocurrency exchanges facilitating the trade of virtual currencies in Zimbabwe are Bitfinance (Private) Limited (Golix) and Styx24. Golix has gone further to set up an ATM machine through which cryptocurrency transactions are facilitated.

The Golix ATM was a global sensation. Reputable global publications ran the story of a bitcoin ATM in Zimbabwe. I belong to a few Pan African WhatsApp groups on technology and people in these groups were fascinated much by the Golix ATM.

Zimbabwe was emerging a leader in the development of blockchain and cryptocurrency and modern fintech on the continent and all no thanks to the government that is open for business. We needed to leverage on that and be the fintech hub in Africa.

Actually the government contributed, they invented the problems that made us adopt the blockchain technology as a solution.

If you print something called a bond note do you have moral authority to ban cryptos?

One person in our Techzim community groups remarked that this ban was coming from the authors of hyperinflation, a cash crisis and the bond note. The Reserve Bank has caused us a lot of pain since the days of Gideon Gono and now they have the audacity to say of themselves:

As Monetary Authorities, the Reserve Bank is the custodian of public trust and has an obligation to safeguard the integrity of payment systems.

Am not saying cryptocurrencies are necessarily good

Obviously the jury is still out on cryptocurrencies but that’s beside the point. If I choose to sell rotten tomatoes or worthless pieces of paper and somehow people want to buy them does the RBZ have authority to instruct banks not to facilitate those transactions because they don’t understand why the public wants to buy my worthless pieces of paper? Doesn’t the public have the right to buy whatever they want kana mbanje chaiyo yaakutengeswa wani (even weed is now being sold)?

The fact of the matter is that it is the RBZ themselves that have abused our trust. Trust that we did not willingly give them. It is them who issued a worthless paper called the bond note and they didn’t even give us choice to buy or decline. Overnight they exchanged USD in our bank accounts into this worthless paper that we can’t even withdraw.

It is the RBZ that printed money in 2008 and then printed zeros in our bank accounts through the RTGS system some 8 years later. And these folks are the custodians of national trust?

I suspect that local banks and their cousins in the financial services sector are behind this directive from RBZ. That is the most myopic thing ever if true. South African banks like Standard Bank have senior executives in charge of blockchain technology. They know that technology cannot be fought, your best bet is to anticipate it, adapt for it, adapt it to your uses and manipulate it.

Zimbabwean banks probably went to RBZ running and crying in the now popular Jonathan Moyo and Savior Kasukuwere style: “Mommy technology is about to disrupt us, help us mommy, ban it, ban it please we want to remain relevant but we are too lazy to prepare for the future. We don’t mind going backwards as long as we don’t deal with this technology thing, help us mommy…”

50 thoughts on “Reserve Bank Acts Typically Zimbabwean: If You Don’t Understand The Technology, Fear It And Ban It”