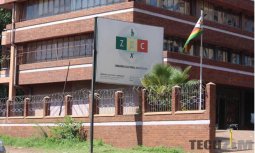 Zimbabwe Electoral Commission has cleared the air regarding the use of its USSD code in the wake of rumors that the SMSs generated to confirm registration detail by using a USSD code is a way to rig the oncoming general elections (not sure how SMSs can be used to rig). Through the USSD platform, if a voter types *265# and inputs their national registration number and date of birth, they can see their full name, polling station, ward and constituency.

Utoile Silaigwana Zimbabwe Electoral Commission (ZEC) Acting Chief Elections Officer said the USSD code was intended to make it easier for voters to verify their details instead of spending time queuing up at inspection centers. He stated;

Utoile Silaigwana comments were made at the right time as it maintains whatever trust people have in the technology being used by ZEC since at least 720 000 people have used the USSD platform to verify their voter details and at least 3 256 440 SMSs have been sent to registrants.

The rumors come in the background of a press release ZEC issued 2 weeks ago dismissing reports (fake news) that said it endorsed President Mnangagwa with a ZEC-sponsored mobile application that made it possible for people to vote for him.