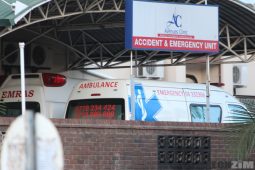 At the end of May, Econet released their financial results and included in the results was a sneak peek of products to come soon. Among the products promised was a car insurance service and a digital health assistant that would identify the symptoms of sickness.

The health platform came about as a partnership with German health company ADA and will be under Econet’s Edu-Health set of offerings. The app will be rebranded as Maisha locally. ADA is an artificial intelligence application which does symptom checks. 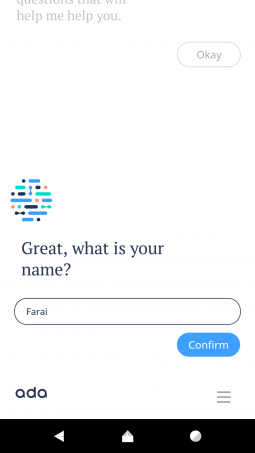 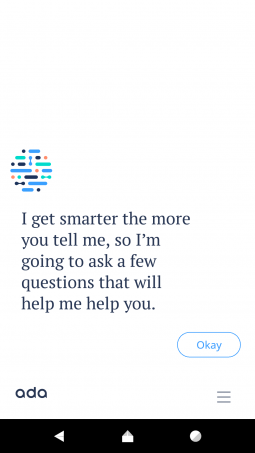 Maisha where are you?

Initially, I thought the problem was being caused by the fact that I was logging into the app using Wi-Fi and not Econet’s network (a problem which occurred when initially using the iflix app). I unistalled the app and reinstalled using 4G but after signing in I was still in the ADA app and not Maisha. Searching for ‘Maisha App’, ‘Maisha Medik’ and just ‘Maisha’ did not yield any results. So I guess for now we are stuck with the ADA application.

How does the app work?

The fact that the app is still appearing as ADA and not Maisha is not a big deal at all since the applications are most likely going to be identical so we can still look at ADA and know what to expect.

Once you’ve signed up in the application, the digital assistant prompts you to start ‘symptom assessment.’ I typed ‘dry throat’ and the assistant asked me a series of questions related to my dry throat. Some of the symptoms suggested were very accurate and others were inaccurate but this inaccuracy is not necessarily a problem since it helps the application narrow down what exactly could be ailing you. After about ten suggested symptoms the application gave me four possible causes for these symptoms.

The assessments are saved within the application but if you prefer you can save it as a PDF which will probably be useful if you want to send it to the doctor and get him to check it out without necessarily going to the doctor physically. 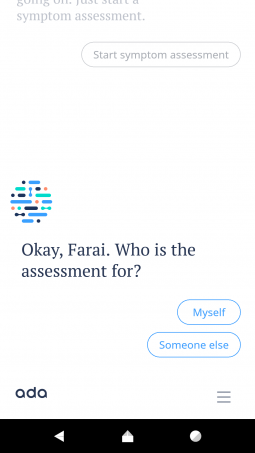 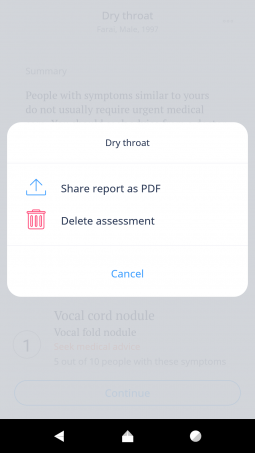 Through the ADA application you can also test symptoms for other people and the assessments won’t be mixed in with the ones you performed on yourself. The application does remind you that it is not a doctor and you may need to check with your doctor because it may not be an accurate diagnosis. 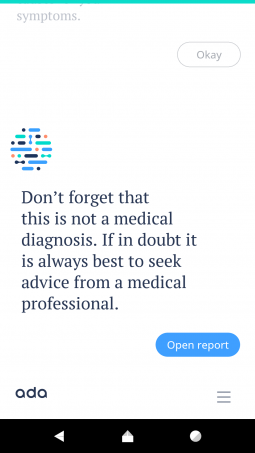 Part of being a Techzim editor means you get to test a lot of applications but most of the applications are not necessarily relevant to me but may be to someone else and this results in a lot of uninstalls after testing. Maisha won’t be one of the many applications headed to my software mortuary. Instead it will be one of the apps that gets a comfortable place on my second home screen pane and I’m sure from time to time I will find use for this application. 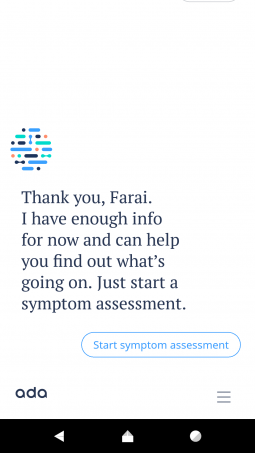 Econet placed an advert in the Herald with a link to the app and you can download the application here. The application is also available on iOS and I expect that the layout for the Maisha app will take over the ADA application soon.