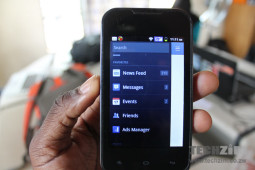 Facebook is working on a new feature that will let users know how much time they spend on the social media platform on a daily basis and will also alert them when they have exceeded their usage limit. The feature is called ‘Your Time on Facebook’ and it is currently in the development phase. 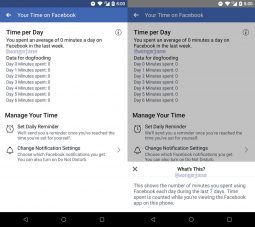 Facebook’s ‘Your Time on Facebook’ feature is a carbon copy of YouTube’s ‘Take A Break’ that is also trying to help users break from their online lives for a while. YouTubes feature was introduced as part of a new initiative by Google (YouTube’s parent company) called Digital Wellbeing.

‘Your Time on Facebook’ will let you check how much time you have spent on Facebook on a daily basis over the last seven days. It also allows users to set a daily reminder that will send them an alert once they’ve crossed their self-imposed daily usage time limit.

Also on the ‘Your Time on Facebook’ feature will come with a feature called ‘Usage Insights’. The ‘Usage Insights’ feature also gives a statistical breakdown of daily usage time over the last seven days and also offers the ability to set a daily usage limit and cut down on notifications.

With ‘Facebook addicts’ hooked on the app (out of fear of missing out) for so many hours, they will indeed welcome this feature. However not every addict would like this because some have been making a living out of Facebook by becoming hired trolls consequently keeping their friends and followers glued to their Facebook accounts.

At the moment, it is not known when Facebook will release the ‘Your Time on Facebook’ feature and whether it will be available to all users.