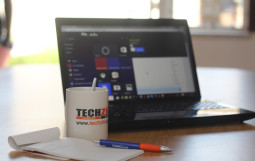 The developers behind the popular Firefox browser are working on a very cool project: a voice-controlled browser and thus far they have settled for Scout as the name.

Hey Scout, read me the article about polar bears.

Users will be able to command their browsers using their voice instead of the traditional input devices we have grown accustomed to; keyboard, mouse or touch.

Mozilla is now jumping on the AI bandwagon and depending on when the browser becomes available it may be the first browser of its kind. Try as they may, Firefox has failed to overtake Google as the go-to browser but with Scout Mozilla may end up overtaking Chrome as the way we interact with devices seems to be shifting radically.

When can we expect this browser?

No one knows when this project will be ready. Mozilla would not provide details as this is an “early stage project”, so if worst comes to worst it may never see the light of the day. Hopefully, this won’t be the case as there are some pretty clear benefits I see with such a browser…

As people we tend to have isolated views of the world and when I initially saw that Mozilla was working on this I thought to myself, ‘gimmick.’ Now that I’ve let the prospect of the voice-controlled browser marinate in my head I think there is value to be found. Firstly, the handicapped get a more convenient and natural way to browse the internet and two examples sprang to my mind.

Amputees and people with other disablities can just browse the web normally and would need no assistance as they did this. It would probably be the few times they can go on the internet and browse at their own convenience. Even someone who is blind stands to benefit from this as well if it’s executed properly. With the rise of text-to-speech interfaces it will be made easier for people who cannot see to speak to their computers and have them speak back.

This announcement comes at a time where voice controlled assistants seem to be maturing at an alarming rate. Google recently announced Duplex – an assistant who can make reservations or bookings for you via voice- and Duplex sounded so human, some people were not at all comfortable with the fact that humans may never know when they are talking to AI or to another human.