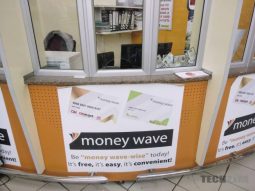 It came as a surprise to us when we discovered that OK Zimbabwe has a debit card and it turns out this card has been around for a while now. We are not sure when exactly they began issuing this card but it’s actually in its second iteration. This second version of the card was introduced around May last year.

The card allows customers at OK to access a number of benefits and is available in OK supermarkets around the country. Customers get the cards in OK Shops and CABS branches countrywide. To get the card you part with $5 during registration.

What can you do with the card?

Well the card has a number of uses:

In-store you can also:

Why use the card when you’re probably have a bank card anyway? Well there’s an interesting perk you get when using the card…

The card allows users to transact at no cost in OK Supermarkets around the country which is more than enough incentive if you shop at OK. Transactions outside OK are also cheaper; these cost 5c where other banks charge in the 12c region. This is a big deal and the savings add up considering the fact that the majority of our transactions nowadays have become digital transactions since there is no cash.

Our attempts to contact OK Zim to get more information concerning their card were an exercise in futility. If we eventually get a response we will update this article with more information.

Similar to MyCash from Meikles?

Meikles has a MyCash card they introduced back in 2016 and you can use it in other shops and it has ZimSwitch integration just like the Money Wave Card. The MyCash card allows cashless transactions in Pick n Pay stores around the country. So depending on where you do most of your shopping these are both viable and valuable options.