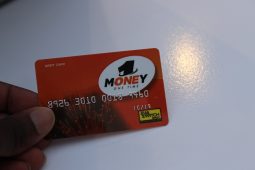 OneMoney was introduced last year in October as a rebranded version of the unsuccessful OneMoney. Netone has been engaged in massive advertising campaigns to push the uptake of OneMoney with promotions such as introducing the OneMoney debit card and the OneMoney school fees promotion. New Chief Executive Officer, Mr. Lazarus Muchenje said;

Despite this, mobile money platforms subscriber figures have been a moot point because Mobile Network Operators disclose these figures arbitrarily hence some (Econet) have been accused of inflating their mobile money subscriber numbers.

The increase of OneMoney users can be seen as good news because Ecocash’s dominance has been worrying. The concern stems from speculating that if Ecocash’s platform goes down it has a systematic risk.

Should Ecocash/Econet shiver at the rise of OneMoney subscribers?

Why did Netone choose to say this now?

The timing of disclosing OneMoney subscribers is somewhat curious considering that Ecocash is embroiled in a fight with its agencies as some accounts of Ecocash agencies were barred earlier this week. Is Netone trying to lure Ecocash’s disgruntled agencies by disclosing the number of OneMoney subscribers? Becuase if agents know that OneMoney is gaining new customers, they might migrate there.